Learning a language is just as much about having fun as it is staying committed. If you have a few minutes to spare, why not try your luck at some of our free trivia games? They’re a good laugh and will test your knowledge of our great and varied global community.

Learning a language would be boring if all you ever did was revise vocabulary and practice verb conjugation. It should be varied and interesting, which is why our expert teachers design tailor-made courses to suit your learning needs and preferences. But having fun with a language doesn’t need to be restricted to class hours! Explore our fun games and trivia for some quick and stimulating activities to keep you feeling inspired.

Test your ability to distinguish accents around the world, challenge yourself to correctly identify all the world’s national flags or sit back and learn about the best coffee around the globe. Our games and trivia are short, fun and educational tools to celebrate our shared love of languages and champion our wonderful global community. 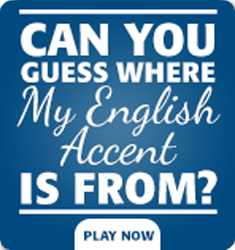 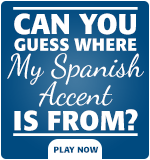 How good are you at identifying accents from around the world?

While more individuals speak Mandarin than any other language on the planet, English is undoubtedly the most widely spoken language. It is the first language in 112 countries; that’s more than half the nations in the world. And while Spanish is behind French and Arabic for the number of states in which it is the first language, it has a comparable number of speakers to English: approximately 329,000,000 worldwide.

With so many speakers spread throughout so many countries, it’s only natural that accents vary from place to place. There are high numbers of Europeans and Americans who speak English as a second language, so it might seem obvious that they have different accents to each other. But even native English speakers pronounce words and phrases differently from one place to the next.

The same is true for Spanish. Can you tell whether it is an Argentinian speaking or a Venezuelan based on their pronunciation of llamar? And can you identify the differences between Bolivian Spanish and Chilean?

Come and test your ear by challenging yourself to the English or Spanish Accent Game. Maybe you’ll even beat our international high score! 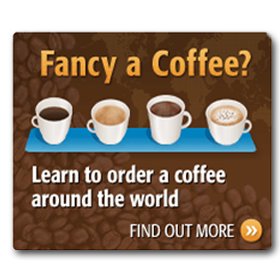 No matter where you travel, you’ll still need your morning cup of coffee!

The human race is mad for coffee and Australians and Kiwis are no exception. In Australia, approximately 75 per cent of the adult population admits to drinking coffee regularly. That figure is less in New Zealand at 52 per cent, but those that drink it often believe they consume more of it.

But coffee is popular all over the world. Incredibly, neither Australia nor New Zealand even makes the top 20 list of nations that drink it the most. In fact, 5 out of the top 6 are Scandinavian countries. It must be something to do with needing a pick-me-up during those dark winters!

So, with coffee being such a popular and essential drink in so many lives, it’s important that you’re able to order it wherever you are in the world.

That’s why we have put together an infographic where you can learn the different ways of preparing coffee around the world, how to ask for it in a variety of languages and where in the world you’ll find the best coffee beans for your morning brew.

Do you know your Italian espresso from your Portuguese carioca? And which would you order before heading into work: a noisette or carajillo? Browse our facts and discover how to ask for your new favourite coffee beverage. 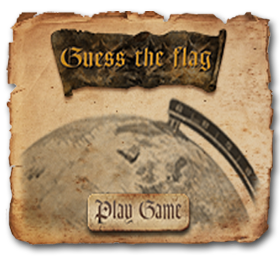 Is that Guinea or Gana? Malawi or Madagascar? Can YOU connect each flag to its country?

How many of the world’s nations’ flags do you think you can confidently identify? Can you tell the Colombian flag from the Venezuelan one? What about the subtle difference between the Ivory Coast and Ireland? And which red, white and black flag has the stars: Yemen or Syria?. Heck, even the Australian and New Zealand banners are similar to the untrained eye!.

Come and test your knowledge by playing our Guess the Flag game. All you have to do is observe the flag on screen and press the space bar when the name of the correct country pops up. The faster you manage to do it without any wrong answers, the more points you get! Simple, right? But watch out, the longer you take, the faster the names flash across the screen and the more intense the sounds become. It can get tense and distracting very quickly!

Can you handle the pressure? Are you good enough to make our worldwide leader board? Or perhaps you already suspect you won’t be a master of this game but fancy learning a few other countries’ unique banner designs? Click this game to test your flag knowledge and have some fun!