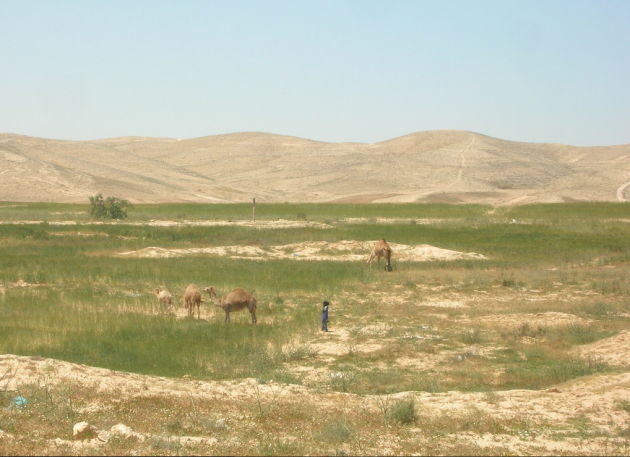 Al-Sayyid Bedouin Sign Language is unlike any language, as it goes against the traditional principle of using sounds to make up words.

Words, no matter what their language, are usually comprised of different speech sounds. But what if they were created in a different way? What if, for instance, a language incorporated holistic gestures to correspond to sounds. We look at how the language developed and whether a language like it could exist elsewhere.

Al-Sayyid Bedouin Sign Language (ASBSL) is an exceedingly rare language that experts believe emerged entirely on its own, without outside influence. Mark Aronoff, a linguist from Stony Brook University, shared these unique origins and why language experts are so fascinated by it with the Seattle Times.

Origins of an Exclusive Language

A small group of deaf villagers in the Negev desert region of Israel created ASBSL around 70 years ago. The villagers are descendants of a single founder, who arrived 200 years ago from Egypt and married a local woman, with whom he had two sons that were deaf, claims the New York Times. Today, roughly 150 members of the community are also deaf.

The language is now prevalent in the region, not only by the deaf community, but by those who can hear as well. In fact, ASBSL is considered the second major language of the village, according to the University of Connecticut. 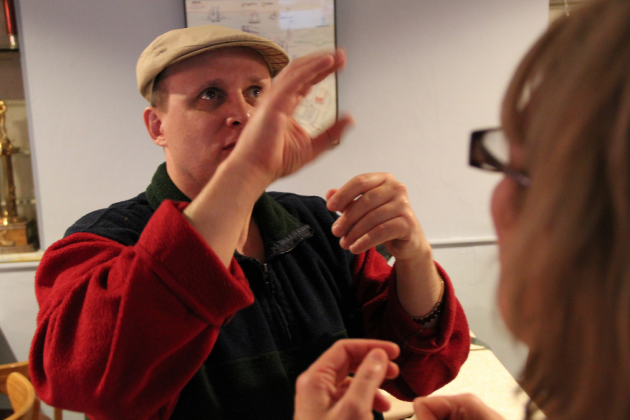 Pittsburg Assoc. of the Deaf Clubhouse/Flickr

While ASBSL is a form of Sign Language (SL), it is more complex than other forms, such as American Sign Language. ASBSL combines a number of gestural elements like hand shapes, movements and positions, and uses some of the rules of spoken language. Therefore, it exists at a sort of half-way point between vocal language and sign language.

Students of ASBSL state that the language goes beyond a list of words for actions, objects, people, characteristics and so on, to establish systematic relations among those elements, according to UC San Diego. For example, the sign for a lemon resembles the motion of squeezing a lemon, says Julie Sedivy as reported by Nautilus.

It is said that villagers often use the language to tell complex stories and discuss diverse topics.

According to Mark Aronoff –who, along with a team of academics, carried out a study of the language, as cited in the New York Times— there are two features of ASBSL that distinguish its innate grammatical machinery.

The first is the distinction between subject and object, and the preference for a specific word order, which is subject-object-verb. An example of this word order is ‘woman apple give,’ which defies the subject-verb-object order used in English or other languages in the region.

Difficulties of Learning the Language

The signs seem fairly straightforward and easy to learn, but because of the language’s origin –ASBSL was formed naturally and not within the bounds of the educational establishment– learning the language can prove particularly tricky for those outside of the community in Israel.

There are other barriers to learning the language. Because it hasn’t been written down, villagers learn ASBSL from their peers. Likewise, there remains a distinct lack of understanding about ASBSL, which only became known worldwide in 2005.

Surprisingly, even Israeli Sign Language users who live just outside the village do not understand ASBSL, claims the Ethnologue.

Linguists studying the language have also discovered that ASBSL is still evolving. According to Dr. Carol Padden of the University of California, the third generation of ASBSL users are signing twice as fast as the first and using longer sentences.

Will it Ever Become Mainstream?

There is potential for ASBSL to be used outside the Bedouin Village, as it is not exactly geographically remote. According to Dr Aronoff, there is a large McDonald’s nearby, and villagers now have increasing contact with the outside word. However, experts imply that the language may not be able to withstand modernization outside of its community.

And since the language does not include a written component and, the only way ASBSL could spread would be through villagers teaching it to students. However, there is the barrier of location to be taken into consideration; it is unlikely that a villager would be motivated to travel outside their community just for this purpose.