Get Your Kicks with Feria Mataderos in Buenos Aires, Argentina 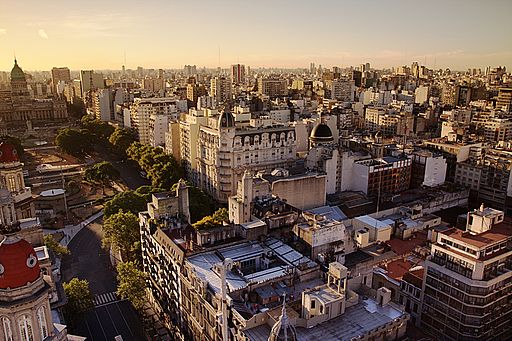 Picture this: you’ve just touched down in Buenos Aires, Argentina and you’ve got your next 10 days to strap on your gaucho pants, swirl your tall wine glass full of malbec and eat meat, eat empanadas and eat some more like you never have ever before. From Iguazu Falls at the tri-border with Paraguay and Brazil in the northeast to the mountainous, glacier-filled Patagonia to the south, Argentina is a place for adventure, food and Spanish.

But let’s say you’ve also just touched down in Buenos Aires and you want to take the city in, for all its glory, and want to save those adventurous treks for trips to come. Or maybe you’re an expat living there and are looking for new waters to charter. Regardless, you’re on the hunt to search every corner of this magnificent city. Although it will take quite a while to rummage through the inner-workings what with the different barrios as diverse as they come, there’s still one thing you’ve left to explore: Feria Mataderos.

The English translation for this market of sorts is “slaughterhouse fair”, and just to keep things a little lighter, we’ll keep referencing it in Spanish, you know, to not turn quite as many heads. It’s actually a wonderful place, despite the name; a place where you can find artisan items filled with Argentine tradition, and not in the San Telmo (barrio in Buenos Aires) kind of way. While this may not be at the top of your list of things to explore, learn a little more about Feria Mataderos and what it has to offer!

Feria Mataderos began on June 8, 1986 and is a combination of culture from the countryside or campo with city sensibilities. Somewhere between a farmer’s market, a fair and a trade show, this market is dedicated to producing and spreading popular Argentine tradition. Set up with over 700 stalls of quality Argentine products, trust me when I say that you are bound to get lost in goods such as ponchos, blankets, hats, mate gourds, leather items and gaucho knives. Try as you might, you won’t leave the fair empty-handed.

Something that makes this fair so distinct, representative and interesting is that it is just barely off the beaten path. Mataderos is a barrio in Buenos Aires, a decent trek from of the typical touristy areas like Palermo, Recoleta and San Telmo. Believe it or not, it is still within the city’s limit, but right on the border with Buenos Aires Province. More specifically, it is located in front of the ancient National Treasury Market or Mercado Nacional de Hacienda, a historical monument, and also where the cattle livestock arrive to be sold for consumption in the interior of Argentina.

The fair attracts over 5,000 visitors every Sunday running from March to December and runs from 11am-8pm in the Mataderos neighbourhood, lying only 30 minutes from the city centre by car. A very important aspect of the fair, which is declared a cultural heritage site for the city, is the artistic aspect that includes traditional dances, concerts of folkloric music, gauchos showing of their skills and racing rings.

Although tango is the most popular dance from Argentina, there is also the traditional dance of zamba from Salta, and chacareras, which is a folkloric dance from Santiago del Estero and the Southern part of Bolivia. In addition to dances, there are chats, expositions, games for kids and adults and folkloric and tango classes. You can depend on the fair stepping up their game whenever there is a festival such as Pachamama, International Day of Folklore, Salta Carnaval, and Fiestas de Patria, to name a few. 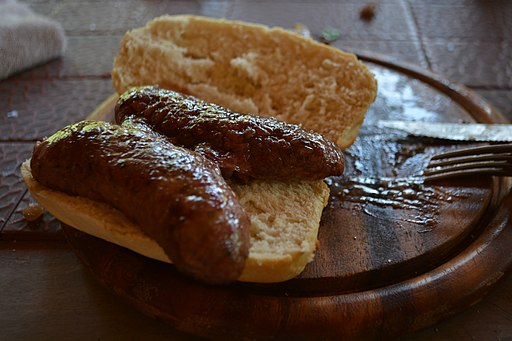 Now when lunchtime arrives, you are in for a serious treat. This is where Argentine gastronomic heaven commences with native flavors from regions all over the nation. The gastronomy is diverse: from empanadas, that are made of fried dough filled with seasoned meat, vegetables, quinoa, cheese, ham, spinach, etc.; locro, a traditional Argentine stew normally eaten on May 25th/July 9th, or Argentina’s Independence days, (or whenever you want) with a base of corn, beans, potatoes and zapallo (butternut squash); tamales, or traditional asado, or delectable grilled beef, from the grill. Next, for desert: the favourites are pastelitos, a pastry shaped like a star filled with sweet potato or membrillo and fried bread.

All in all, this fair is a place where you can get the true Argentine experience due to the overwhelming presence of traditional Argentine culture is all around you. So definitely stop by this fair because it is definitely worth a visit and you will leave grateful you had the opportunity.