Has the Internet Actually Made Language Better?

Language purists love to complain about how the internet—social media in particular—has changed how we write and speak for the worse. When people are more likely to use acronyms like OMG, YOLO and IMO to express themselves than the full phrases, it can seem like the languages we use are taking a downward dip, however, some experts argue that the internet hasn’t actually made language worse, it’s made it better. Let’s break it down and see!

If you don’t know what this little symbol is, “#”, then you’ve got some serious internet learning to do! The hashtag gained popularity on Twitter as a means to talk about a shared topic of interest with people from around the globe. It has long since spread to other social media platforms like Instagram and Facebook, too. Recent studies have shown that people use different language, depending on whether they’re utilising the hashtag, or the “@” symbol (to mention someone directly). When using the former, people tend to use more standard language as opposed to informal or regional language for the latter. This, experts say, shows how much more adept we’ve become at adjusting the type of language we use to different audiences. 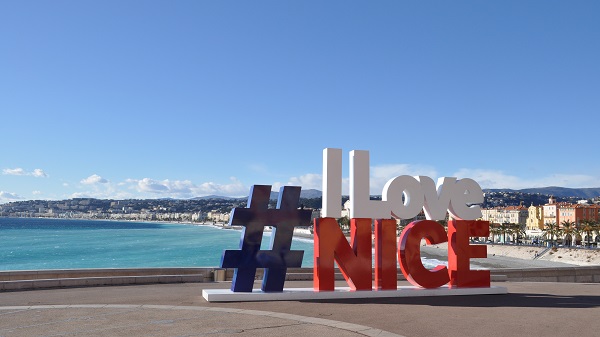 Emoticons, acronyms, and other internet speak has actually made us more polite conversation makers. How? You probably don’t realise it, but you’ve adapted internet images like the heart, smiley face, thumbs up and so on to help you better communicate with your peers. Think of the last back-and-forth internet interaction you had. Because emotion and tone are hard to make out online, we tend to use emoticons as a buffer to show our positive feelings towards a conversation or the person we’re talking to. It’s also the perfect way to end a conversation. Instead of abruptly, or too formally, signing off, it’s become the norm to end a discussion with some sort of icon so that you and everyone else involved can leave the conversation feeling upbeat.

It’s standard fare for the majority of us to spend a lot of time online. Penning e-mails, pushing out social media posts, and interacting with people through text and online chat both at work and at home means that we spend a lot more time writing than our parents or grandparents ever did. We practise our writing skills on a pretty constant basis, and it turns out that makes us better writers! This shouldn’t really be a huge surprise, back in the day most people stopped doing much writing once they were out of school, but the lives of new generations revolve around communicating through the written word. And the more you use something, the better you get at it, right?

Given the fast-paced nature of the internet world, we’ve found some pretty clever ways to communicate a lot with very few words. “You” becomes “u”, “really” becomes “rlly”, and “right now” becomes “rn”. But, some language experts state that this doesn’t mean we’re dumbing down language, it’s just giving us more avenues for expressing ourselves. On the internet you can convey a formal or informal tone through your choice of words. If you’re using the original, full versions, you are showing respect or indicating that you are not relaxed in the situation you’re in. But, if you choose to trim down your words to one or two letters, it’s the equivalent of putting on your pyjamas: you’re comfortable and at ease in the conversation or interaction.

One of the more fantastic aspects of internet and social media is how much more flexible and dynamic it can make communication. I’m not just talking about acronyms and hashtags, I mean using pictures as a major pillar for modern language. There’s no doubt that platforms like Instagram have changed the communication game in major ways. They’ve helped to give faces to the previously disembodied voices of the internet, and even facilitated how we can show our individual personalities and quirks. GIFs, videos, and emojis are other examples of imagery that helps to make us more endearing communicators, and the visual aspect of language has now become a normal part of online interactions!

Do you think the internet has improved our language skills? Do you think we communicate better now, or worse? Share your thoughts with us below!