What ‘Arrival’ Says About the Power of Language

Posted by Katie
See Author's Bio
December 12, 2016
Filed under English, Observations, Technology
The Sci-Fi thriller ‘Arrival’ is considered this year’s must-see film, and it’s not because it offers the standard alien-invasion, humanity-goes-to-war type fare. Perhaps the most striking thing about ‘Arrival’ isn’t so much that it’s a tale of an alien race arriving on planet Earth, but rather the far more practical approach of ‘what would we do’ if we did indeed encounter beings from another universe. It’s a movie that centres far more around the concept of getting lost in translation on a universal scale, than a guns blazing alien take-over. And this is precisely what makes ‘Arrival’ a story that reveals exactly how powerful language is. (Warning: THIS ARTICLE MAY CONTAIN SPOILERS).

Right from the beginning of ‘Arrival’ the audience is introduced to an extremely complex puzzle: how do you communicate with beings whose language is unlike anything on Earth? Very early on in the film verbal communication goes by the wayside and is replaced by written communication which allows for a more stringent interpretation. This in itself isn’t a foreign concept to human beings. More and more our technology is pushing us in the direction of almost purely written communication and less and less verbal. It stands to reason that learning to talk with aliens using a written method would be a very natural evolution for us. But it’s not the form of communication that matters, but the interpretation, as evidenced in the climatic moment in which an alien writes something down and Louise reads it as ‘offer weapon’.

Understandably, the government powers that be go berzerk upon learning of this. We live in a trigger-happy culture that tends to shoot first and ask questions later, mostly because we like to think that gives us the upper hand over our enemies.  Louise tries to lay fears to rest by explaining that there’s no way of knowing if the aliens understand the difference between a weapon and a tool. This is one of the most powerful messages present in ‘Arrival’. Cultural context plays a huge part in language which is why some jokes might come off as funny in certain countries while in others they’d be deemed offensive. In the Spanish language alone we can experience moments of dissonance depending on what Spanish-speaking country we’re in. While in Cuba it might be acceptable to use ‘cojer’ to mean ‘grab’ (I grabbed the bus), in Mexico the word would automatically cause alarm as the interpretation would be ‘fuck’. If it’s this easy to offend or interpret words wrongly on a human scale, imagine how much bigger the stakes would be when we’re talking about a universal (or multi-universal) scope! 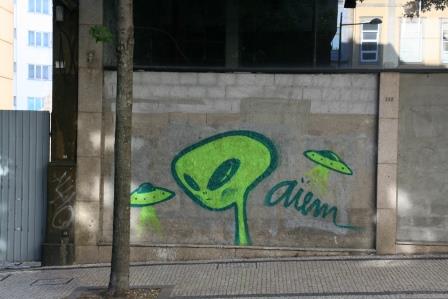 In the end though, it’s not proper communication with the alien creatures that ultimately saves humankind, it’s our communication with each other.  When most of us think ‘alien invasion’ we tend to imagine UFOs descending from the sky and levelling entire nations in a quest for control. It’s easy to simplify such an event in terms of humans vs. aliens, but ‘Arrival’ reveals that perhaps the biggest danger humanity would face is division through lack of communication with each other. In the film, the greatest challenge humankind has to deal with isn’t finding a way to fight against the far more advanced alien technology, it’s learning to open up. And in a world where nations are becoming increasingly isolated and nationalistic, this danger doesn’t seem so far-fetched. 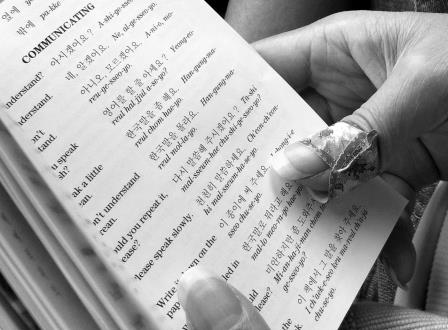 In the closing scenes of ‘Arrival’ China begins gearing up to go to war with the aliens. Louise’s knowledge of this strange language isn’t what halts the conflict; it’s her ability to speak Mandarin that ultimately saves the day. The weapon was never a physical tool to be used in battle, it was language itself. It was never humans vs. aliens, it was humans vs. humans that would have caused the downfall of the human race. And in the end it was the power of language, of Louise’s ability to speak to another human being in their native tongue and in a way they could empathise with and understand that brought about the unification humanity is in sore need of in the real world. Is good communication the answer to all the globe’s woes? Perhaps not, but if ‘Arrival’ teaches us anything it’s that we’d be better served if we tried to understand each other at a cultural, linguistic level instead of automatically assuming the worst.  Language may be humanity’s most powerful weapon and we still haven’t realised it.

What did you think is the prevalent message in ‘Arrival’? What do you believe it says about how humans use language and communicate? Share your thoughts with us!