When you’re planning to get a tattoo there are a lot of things to keep in mind. Where you want it, what the tattoo will look like and symbolize, stocking up on enough bepanthen to stop that itch. And if there are words involved, the spelling and punctuation should be top of your priority list, right? Well. You would hope. But not for these celebrities, who, frankly, with their wealth and resources have no excuses and should really know better. Here are some of the very best celebrity tattoo language fails.

Ariana is so often in our news of late it is almost like the world lets out a collective, what now? every time we see her name. Which isn’t fair really. But we do it anyway! And earlier in the year we had reason enough to be critical, when the singer had a tattoo to celebrate her single 7 Rings. In Japanese. Which of course if you aren’t a native speaker means you should probably be extra careful about the spelling of…

The Kanji characters that should have been used in the tattoo are 七つの指輪, when Ariana initially only had 七輪 inked on her hand. Which means little Japanese barbecue grill. Cue an outpouring of ridicule on Twitter and Instagram, Ariana admitting her mistake, and an attempt to fix it. Ariana had 指 added beneath the existing tattoo after speaking with her Japanese tutor but still managed to get it wrong. 七輪指 means Japanese barbecue finger…

Luckily for Ariana, palm tattoos fade fairly quickly compared to elsewhere on the body, and she has already agreed to have the full, correct tattoo done should that happen.

Luckily for Justin, his tattoo fail was due to the make up department on the set of the film Alpha Dog and not a permanent blight on his skin! The tattoo 溜冰 was put on his bicep presumably to make his character, Frankie Ballenbacher, look the part. Because Chinese Hanzi is intimidating, apparently. But unfortunately for Frankie, the only thing people might think when reading those characters is that they want a sweet treat. 溜冰 means ice cream… 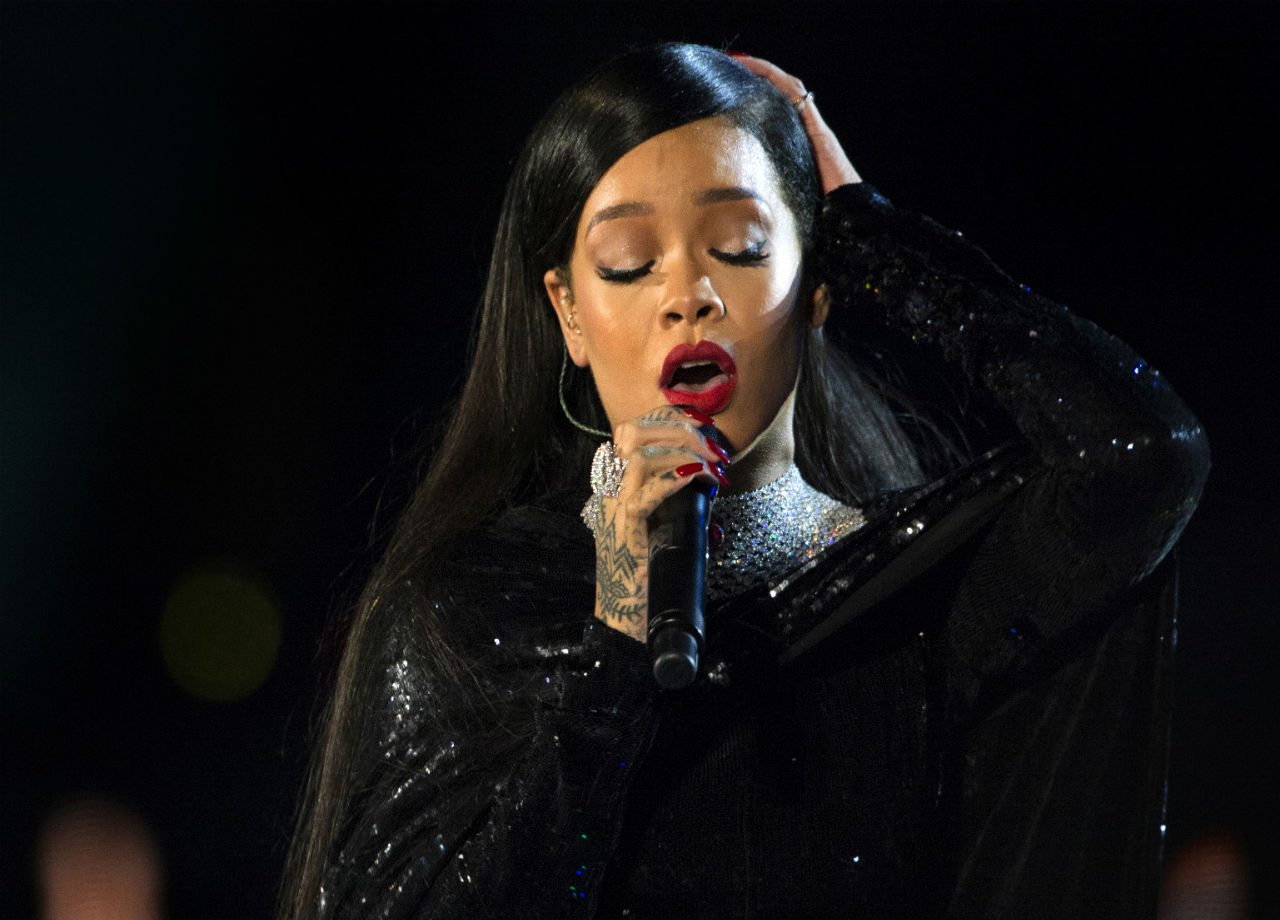 Ah, Rihanna. This incredible artist has not one but two tattoo fail stories to tell us. Firstly, Rihanna wanted part of a Sanskrit prayer tattooed on her right hip that should have read forgiveness, honesty, suppression, and control. Unfortunately, because the Sanskrit wasn’t checked before being inked, it was misspelled giving quite a different message. The tattoo actually read long suffering, truthfulness, self-restraint, inward calm, fear and fearlessness.

Rihanna’s second tattoo faux pas has, however, spawned something wonderful. She wanted rebel flower tattooed on her neck in French, though neither Rihanna nor her tattoo artist were aware of the word order in the language. What she had tattooed instead was rebelle fleur, which means flower rebel, and admittedly is still kind of cute. Rihanna then named her 2011 fragrance Reb’l Fleur; as a result some argue that this has been an elaborate PR stunt all along. Rihanna herself says the words are supposed to be two nouns, not a noun and adjective. What do you think?

Back to Sanskrit for epic fails! David wanted a beautiful Sanskrit tattoo of his wife’s name up his inner forearm. Written in the Devanāgarī script, what it says instead of Victoria is Vihctoria. Though some Sanskrit scholars would argue that because of the way the tattoo could be read in Hindi, which is Vhikţoriyā, the spelling is accurate. Otherwise, the V would be pronounced as W. It is a beautiful tattoo, regardless.

Let’s round up our celebrity tattoo disasters with some errors that will leave many a punctuation warrior itching to reach out with a Sharpie. Ashley Greene has lifes a dance tattooed on her left foot, missing a very necessary apostrophe. A similar missing apostrophe mistake befell Emma Watson in 2018 when she arrived at the Vanity Fair Oscars with Times up as a (thankfully) temporary tattoo on her right arm. And finally, T-Pain had you dont have to like me tattooed, more worryingly along with the familiar Facebook “Like” symbol.

We hope this serves as a reminder to anyone thinking of getting a tattoo to check and double-check its spelling first! Is there a phrase in the language you are learning that you would like inked on your body? How confident are you in that language? Why not check with one of our free online level tests, to avoid the mistakes of the celebrities above!