From Tolkien to Talking: What it Takes to Make a New Language

When you were a kid you probably dabbled with the idea of creating your own language. It would offer you a way to communicate with your siblings without your parents understanding, right? More likely than not, you went down the road of removing ends of words, taking out certain letters, or speaking backwards for your language creation. But, unless you were a genius, the structure of your made-up language probably didn’t hold up to the real world test. Creating a language can be an arduous process. After all, you have to put together new grammar, vocabulary, and linguistic nuances. Have you ever wondered what it really takes to create a new tongue? Let’s find out by taking a look at two works that featured new languages: J.R.R. Tolkien’s Lord of the Rings world, and this year’s popular sci-fi film ‘Arrival’!

“No language is studied merely as an aid to other purposes. It will in fact better serve other purposes, philological or historical, when it is studied for love, for itself.” – J.R.R. Tolkien

Tolkien was the brilliant mind behind the creation of Middle-Earth where many of the adventures of his famous novels The Hobbit and The Lord of the Rings trilogy take place. While many authors are adept at spinning new worlds out of thin air, few have the commitment to create entirely novel languages for these universes. During his lifetime, Tolkien invented several tongues including Elvish, Dwarvish, Entish, and Black Speech. Language plays a huge role in Tolkien’s works – to the extent that entire cultures are built around the nuances of certain tongues.

As a scholar, Tolkien loved studying languages both ancient and modern. He believed that there was magic to found in words and loved exploring the linguistic world. Creating his own languages involved splicing together aspect of his favourite tongues. If you pay attention, you can find notes of Finnish, Welsh, and Old English in his works. And while the dozens of languages featured in his books are considered linguistically sound, experts say Tolkien really only fully developed two: the Elvish languages Qenya and Sindarin. Qenya features many of the same grammatical principles that Finnish does and even has similar word endings for certain vocabulary. Sindarin is based heavily on Welsh, a language Tolkien adored, and these two tongues are similar in their word endings as well as the placement of consonants. Out of all Tolkien’s languages, it’s these two that are the most complete. You can’t order a taco in Sindarin, but you might be able to compose a beautiful eulogy if you know the language! 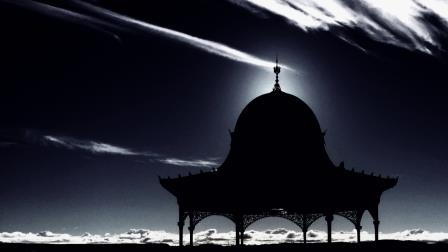 “Language is the first weapon drawn in a conflict.” – Dr. Ian Donnelly (Arrival)

One of the great lessons the film ‘Arrival’ taught us was that language is a powerful thing. Unless we strive to communicate with each other, we’ll never succeed in being able to talk to an alien species. When it came to creating a language for the mysterious aliens in the movie, the master-minds behind ‘Arrival’ went all out. A massive 100-word dictionary was compiled of a never before seen alien tongue. This film tended to rely more on written words rather than spoken, which offered some fascinating possibilities. Indeed, one of the unique features of the alien language in ‘Arrival’ is that there’s a disconnect between the written and spoken tongues – something which differs drastically from human languages where written is usually based on spoken.

To achieve a whole new language directors had to rely on linguists to offer insight. Patterns are important in any language and linguists can usually pick out certain gradations that repeat themselves in human tongues. This same principle was applied to the alien written language where patterns featured heavily. The end result? Gorgeous written words that somewhat resembled whimsical coffee cup rings and were related to each other in very basic ways. The film’s production team hoped that the tongue would be so different viewers wouldn’t be able to associate it with any other human written language – and it appears they succeeded! And if you’re curious as to how the spoken alien tongue was made, well, the process was a little less complicated. Whale songs, cats purring, and other animal noises were spliced together to make a musical spoken language.

It seems that when it comes to creating a new tongue, stick with what you know, whether it be the grammatical intonations of Finnish, or the soothing sound of your cat Fluffy’s purring.

Comments on From Tolkien to Talking: What it Takes to Make a New Language