Interrobangs, Snarks, and Pilcrows: Obscure Punctuation You Should Be Using

Periods, commas and hyphens, oh my! Punctuation is perhaps one of the more complicated aspects of learning the grammar of any language. We’ve all struggled with when and where to place semicolons and hyphens. I myself am guilty of overusing commas because I usually believe if I’m not sure a sentence needs it, then I should just put it in anyway. I’m here to share some grim news with you: punctuation is a lot more complex than you can possibly imagine. Check out this obscure punctuation and prepare for your mind to be boggled!

This funky little symbol is basically two exclamation points melded together to form a little two-headed punctuation freak of nature. What should you use it for? For some such occasion where you’re a little more than just excited, but not too excited. Gone are the days of using multiple exclamation points to express excitement, the ElRey is here to solve all your punctuation woes!

Do you have an inordinately large amount of snark you’d like to express in writing but just can’t? No fear, there’s a punctuation point for that. Introducing the Snark Mark. You can type this one up by punching in a tilde after a period. Now everyone will know when you’re trying to be ironic. Amirite.~

As you well know, exclamation points and question marks are reserved as ways to end a sentence. But have you ever cried out to the punctuation gods and pleaded for a way to express excitement or inquisitiveness without having to end your sentence? (Let’s be honest, you probably haven’t, but let’s roll with the imagined scenario anyways.) Now you can reveal you curiosity and enthusiasm mid-sentence, and no grammar stickler can tell you otherwise.

For some reason, the Interrobang sounds terrifyingly like it would be the hit man of the punctuation mafia. In reality, it’s a the beautiful union of a particular combo you’re probably very familiar with: ?!. We’ve all put ‘?!’ to good use when we want to question something dramatically, but never would we have imagined that both these punctuation marks could be combined into a single pocket-sized version. Now you just have to figure out how to use the Interrobang on Twitter.

The Pilcrow is probably one of the more common of our obscure punctuation list, and I’m certain you’ve seen it on occasion. This symbol is used to mark paragraph breaks and actually has a pretty logical story behind it. Apparently ‘Pilcrow’ is the Middle English word for ‘Paragraph’. It’s also sometimes called ‘The Blind P’, which doesn’t make sense to me (this would be the perfect place for a question comma, right?) and somehow takes us safely back into the realm of the illogical.

If you’ve ever needed a punctuation symbol to show your love with, this one is it. And, in true stereotypical fashion, it was Frenchman who first proposed that the Love Point be used at the end of statements which express affection. Now you’ve got a piece of punctuation you can use in your Valentine’s Day cards. Who knew punctuation could be so sexy?

If you want your readers to know you’re an expert at something, you only need to employ the Authority Point liberally in all your text. Apparently an exclamation point with a formidable eyebrow (or is it a moustache?) is the symbol of true expertise. I wonder, would you also use it to show people you’re a pro when it comes to using the Authority Point? 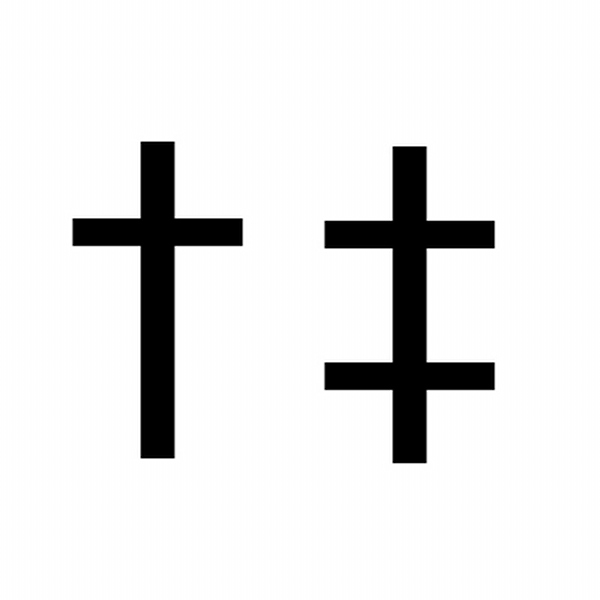 If you’re writing a novel about killer vampires, be sure to keep plenty of these around in case things get out of hand. I’m kidding. Obviously the Dagger is for much more important things, right? Right? Indeed, the Dagger could probably be considered every editor’s dream and every writer’s nightmare because it’s used to indicate sections of repetitive or superfluous text that need to be cut out of a piece of writing. The writer who loves to pen immense amounts of purple prose would probably want to stab himself with these punctuation daggers after a while.

Do you know any obscure punctuation that you’d like to share? Do you have any favourites that you use in your text? Let us know in the comments section!

How to Motivate Yourself 12 Days out of a Language Learning Plateau Read more
See more articles about English, Observations