Mmmm Spam, the word conjures up images of dull, salmon colored paste from a can. We’ve all heard of it, and we probably all see it when we check our email, or even step out to the mailbox on occasion; but from where did this word originate? And how did it go from referring to spiced ham in a can to electronic fodder in your inbox?

We have to start rather early; the term was coined by Hormel Foods Corporation in 1937 in regard to their innovative product, which included a range of chopped pork shoulder meat, ham, salt, water, modified potato starch, sugar and sodium nitrate. Now the term itself has some conflicting reports as to its meaning and origin; we do  know that a Mr. Ken Daigneau named the product while at a party, for which he won $100; the meaning behind the name, however, is claimed to only be known by a small circle of Hormel executives.

Some theorize the name comes from “spiced ham,” others say it was “special processed american meat,” or maybe “shoulders of pork and ham,” some feel it should be “something posing as meat,” but I have my doubts about that.

There was a change at hand, in 1970, in which Spam took on a different role. The beloved comedy show ‘Monty Python’s Flying Circus,’ aired with a sketch which found a customer in a restaurant, trying to order something that does not contain Spam, problematic considering that everything indeed had Spam. During this meal a group of Vikings break into song, “Spam, Spam, Spam, Spam, Lovely Spam, Wonderful Spam.” The key point to make here is the repetition. 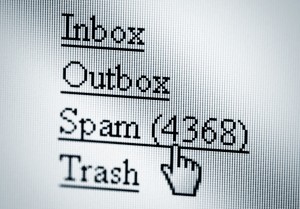 We all know how watching something funny on TV can spread through the popularity circles quickly, and while there is no one identifiable instance of Spam coming to represent emails, there are many scattered occasions of people using the term simply to refer to something being repeated obtrusively. Whether it was to “flood the computer with too much data to crash it,” or to “flood a chat session with a bunch of text inserted by a program,” the idea is there in the repetition.

These days ‘spamming’ is everywhere and shows no signs of slowing down. Those that use it are known as ‘spammers,’ and they attack you with a bombardment of emails, text messages, forum posts, social network messages and more. In 2003 there was a law passed known as the CAN-SPAM act, although it has failed to stop most kinds of spam and has largely been unenforced, there are some spammers who have had examples made of them:

Oleg Yegorovich Nikolaenko, AKA: The King of Spam. Believed to be responsible for one-third of the worlds spam, was arrested in 2010 yet the sentence was not set until 2013, in which he was ordered to serve time plus three years probation.

David Wolfgang Hawke, AKA: The Spam Nazi. He started two neo-nazi groups to make the “final solution a reality.” Was sued by AOL in 2004 to the effect of $12.8 million.

So now you know the origin of the term, and how to use it, plus why not to use it. Do you receive spam often? Have you ever eaten it? 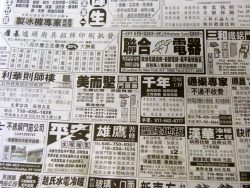 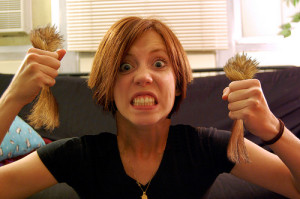 Is It Brave or Embarrassing to Speak a Language You’re Not Fluent In? Read more
See more articles about Cultural Differences, English