The When, What, Where, and How of Planning Your First Trip to France

France is a stunning nation with a rich history and it’s no surprise that it’s one of the most visited places in the world! Whether you want to take in the iconic landmarks of Paris, go on a jaunt through the French countryside, or brush up on your WWII history at one of France’s many historical sites, you’ll without a doubt find yourself spoilt for choice and planning another trip before your first has even ended. However, travelling to France will require some planning and this can often be the most daunting part of the journey for first-time visitors. But don’t worry because we’re here to help you out with the when, what, where, and how of planning that big trip to La Belle France.

One of the most important questions you need to settle for your trip to France is when you plan on going. Most of Europe experiences a high influx of tourists in the summer – particularly July and August. If you’re planning to pay a visit to Paris, this can mean extremely long lines to get into famous sites like the Louvre and Notre Dame Cathedral. High season also means high prices, regardless of where you travel in France, so if you can afford (literally) to wait until shoulder season, which ranges from January to early April, you may find the trip is a little more lenient on your wallet.

You’ll obviously want to get the most out of your trip to France but be careful of cramming too many activities into a short span of time. Many travellers agree that Paris is a big must for your first trip to France, but can be overwhelming for long periods of time. This is why it’s a good idea to plan two or three days in Paris, then mix it up by travelling elsewhere. If you’re a big history buff, Normandy might be an interesting choice for you. Or, if you’re interested in France’s famous wines (like I am) you can head to wine country near Bordeaux or Tours. Narrow it down to what you’re truly interested in to avoid getting overwhelmed, then focus on just a few things instead of trying to do it all! 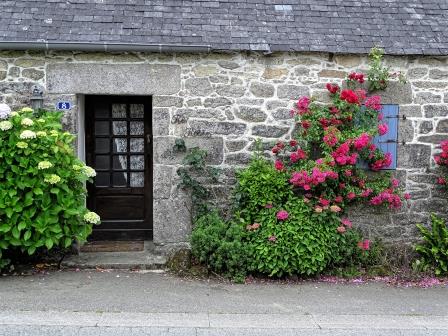 If it turns out that the only time you can travel is peak season, don’t despair you can still have a fantastic trip despite the crowds! You can reserve tickets to the Louvre, Eiffel Tower, Notre Dame Cathedral, and many other museums and sites across France online long before your trip. These ‘fast passes’ will allow you to skip the atrociously long lines and save you a lot of time! You might also consider avoiding travelling to France’s big cities and instead spending your time out in the countryside as accommodation and food tends to be cheaper in smaller towns and villages. Beware though that when you leave the big cities you’ll find fewer people speak English which means you’ll need to brush up on your knowledge of the French language.

Check out our free France placement test and see if you’re ready for your French adventure!

One of the amazing things about Europe is that you don’t need to rent a car or take taxis to get around. Once you fly into France, you can travel elsewhere on the fast, convenient, and comfortable rail system. If you plan on using the trains a lot during your trip to France, you might want to consider purchasing a Eurail Pass as individual tickets can often run upwards of 100 Euros each. It’s not possible to pick up a Eurail Pass just anywhere though. I found that smaller towns won’t sell them to you unless you are a resident of France, so it’s best to order your Pass online and have it shipped to you, or buy one in a major city like Paris. 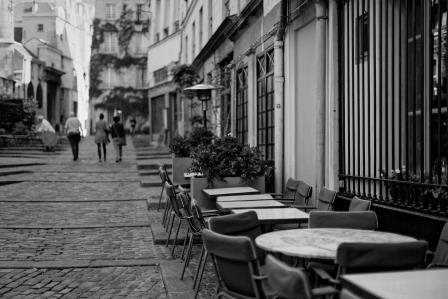 France is a fascinating country and you’ll be sure to fall in love with the culture, cuisine, and French outlook on life from the minute you arrive. Don’t be intimidated by the stereotype that French people don’t like it when you don’t speak the language perfectly. The opposite is true in most cases; the French love it when you try to communicate with them in their native tongue! So don’t be shy about putting your language skills to the test, and be sure to partake in the C’est la vie attitude this beautiful nation is famous for.

3 Ways for Busy Professionals to Practise Spanish on Their Own Read more
See more articles about French, Observations