Aristotle on Poetics and Liguistics

Poetry and philosophy are two subjects that linger in the depths of language, each containing thought-provoking beauty in pure yet rather complex forms. Both have been around for quite some time, and have been considered through the years to be among the higher forms of language and thought.

I want to look into the relationship between the two, with a particular emphasis on the language they use to test and explore such diverse subjects. The philosopher I will put under the spotlight is Aristotle, a student of Plato, and writer on subjects including poetry, linguistics and rhetorics.

Aristotle was born in 384 BC, lived for 62 years and, together with Plato and Socrates, laid the groundwork for western philosophy. His focus was mainly on the concept of logic, his goal being to find a universal process of reasoning that allowed people to learn every conceivable thing about reality.

Today he is remembered for a number of his ideas and beliefs, such as the five main elements: Earth, water, fire, air, and aether; or his treatise on the soul, De Anima, that posits three kinds of soul or psyches. However, Aristotle enjoyed poetry too, as he found it interesting to structure language and the intellectual challenge involved in forming categories and systems. Aristotle’s Poetics is possibly the first example of Literary Theory, that is the study of the nature of literature. He analyses several types of poetry, namely tragedy, comedy, and epic; writing two books in the process that develop rules to distinguish the highest-quality work of each genre, based on his underlying principles.

It is within these books and his ‘De Interpretatione,’ that we see Aristotle’s interest in language and of the study of language. Aristotle defines these categories within poetry and theater:

Synonymous – univocal words, sharing similarities, for example: Both girls are blonde and good at sports.

Homonymous – equivocal words, that may share attributes but their substance is different, example: The leopard runs fast, time goes fast. They share an attribute but have different substances.

Paronymous – denominative words, having features in common but others that are opposite, example: The children all had blue eyes, but only one of them had brown hair.

He also raises the importance of terms such as: anagnorisis, which is the moment in a story when a character makes a discovery; peripeteia, the reversal of circumstances or a turning point in the story; and in particular, catharsis, which is the process of releasing strong or repressed emotions as a spectator of a form of art, particularly with themes of tragedy.

Aristotle died in 322 BC, but he left behind a large array of ideas and studies, not to mention his profound influence on writing and poetry, which no doubt has a ‘part to play’ in the theatre of today. Aristotelianism is alive today, due in large part to his study of almost every subject available to him during his life, including physics, metaphysics, music, logic, politics, ethics, biology and of course, language. 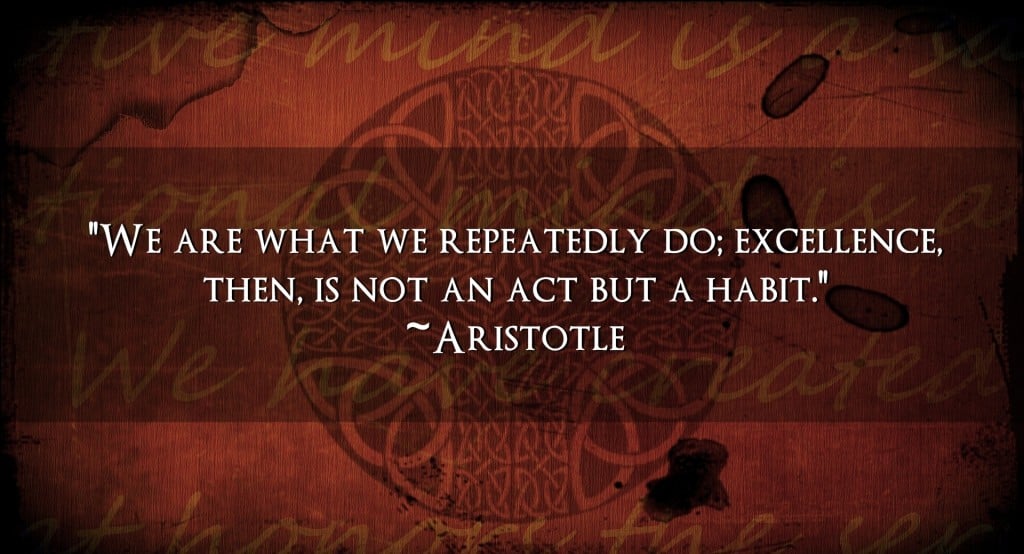 I’ve barely touched on the subject and there is much more that could be said, but I feel I would need to write a book; instead I would encourage you to explore his work yourself, for now I’ll leave you with a quote: “Poetry is finer and more philosophical than history; for poetry expresses the universal, and history only the particular.”

Do you know of any other philosophers of language or other linguistic forms? Are there any other theories of Aristotle’s that you think should be mentioned?

Comments on Aristotle on Poetics and Liguistics