Prosody: Singing While You Speak Continued…

You might notice that some people seem to sing when they talk, you might even notice when someone sings how effective it can be at displaying an emotion.

In my previous post I talked about prosody, mostly in a linguistic sense, but there are in fact two types, the other being emotional prosody.

Linguistic prosody is used to disambiguate sentence components, or to convey the contour of a sentence; emotional prosody, on the other hand, makes the distinction between emotional states such as happiness, anger, sadness, anxiety, disgust, surprise and neutrality.

Both types of prosody draw upon similar aspects of speech, being loudness, pitch and speed, which differ in intensity, frequency and duration to change the dynamics.

Notice that these aspects can go across different languages, making it possible to determine the emotions of someone without knowing the language they’re speaking. Consider sitting at home reading a book, and the Spanish couple next door are yelling at each other, high pitched and fast paced verbal barrages; you can probably accurately decipher anger – perhaps further cemented by the crashing of plates against the wall…

Emotional prosody can essentially be said to be universal, not simply between different languages, but different species. Charles Darwin published ‘The Expressions of the Emotions in Man and Animals’ in 1872, in which he looked at the ways emotion is expressed between people and animals in regard not only to speech and vocal use, but in body language and facial expressions.

In his book he talks about monkeys expressions of feelings using tones, “Even monkeys express strong feelings in different tones – anger and impatience by low, – fear and pain by high notes.”

Think about the difference between listening to a cat purr in contrast to a hiss, we know to a certain extent the emotion of the cat without knowledge of the particular environment; we might even be able to tell when it’s hungry or wants to go outside. 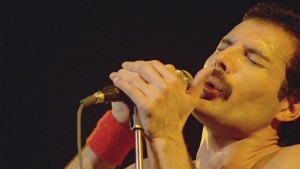 So the function goes beyond the boundaries of your own language and species. You might be able to see the link between prosody and poetry and singing, someone with great prosody will have a better grasp of producing emotion in their voice, think Freddie Mercury singing Bohemian Rhapsody; public speaking will of course benefit too, think of somebody giving a moving speech to unite a country, or a coach trying to spur his team to victory, all made easier with some emotion.

While there is not enough research done on the subject, it is very plausible that a link exists in musical scales and emotional prosody in speech: when you use a major scale in music it is believed to feel happy, in contrast to a minor scale feeling sad; a link may exist in which we use the same pitches and tones as the music scales when we express these emotions. This however, is a subject best left for another time.

Can you hear the emotional in people when they speak? Do you express emotions strongly when you’re upset or happy?

(Not) going by the book Read more
See more articles about Observations, Spanish