Etymology: The History of Words

Have you ever wondered why a word is the word it is? Why it looks and sounds the way it does? Well, you’re not alone, many others ponder this every now and again, some more than others, some even go on to study the history behind words, these people are known as etymologists.

Etymology is a branch of linguistics, it concerns itself with the study of the origin of words and the way that their meanings have changed throughout history. People that go on to be experts in this field need an understanding of things such as English or other languages, morphology, phonetics, and a little history helps too.

More than 60% of English words have origins in Latin or Greek; Etymology itself comes from the Greek ‘etumologia’ which came from ‘étumon,’ which means ‘the true sense, or accurate definition of a word,’ and ‘logia,’ meaning ‘the study of.’

The way in which etymologists study etymology is broad as there are numerous methods used to help find the roots of different words. Typically there is an understanding of the differences in languages and the way certain sounds are spelt and used, therefore there is a great deal of knowledge regarding the subtleties of each language beyond what most multi linguists have. Take into account the fact that most languages have strict rules on spelling, and some have certain patterns and techniques within their structure; it’s using this in addition to looking at any semantic changes, shifts and using older texts as aids, that makes it possible to analyze the structures and spelling of words, this in turn may reveal how they evolved. 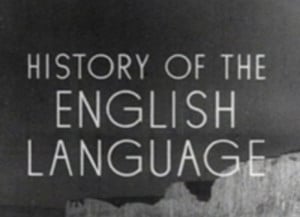 Recently Google set up a feature on their ever popular search engine in which you can find the etymology of words simply by searching for the word and including ‘etymology’ in the search; an example, try searching ‘assassin etymology,’ Google presents you with a small diagram telling us that the word originally came from the Arabic word ‘hasisi’ which means hashish eater. For another, try searching ‘hazard etymology,’ we find that the word comes from Turkish, ‘zar,’ translated to ‘dice.’ This is not all that surprising, Google has been introducing little additions like these for a while now; consider also searching for a word paired with ‘define,’ and it will give you, you guessed it, the definition; it also has the ability to give you the time in different zones and to convert different currencies; they’re thinking of everything, I’m sure you can continue with this and have some fun.

To finish up I will give you a few interesting words and their original meanings: Oxymoron is itself an oxymoron, oxus meaning ‘sharp’ and moron ‘blunt.’ Malaria means ‘bad air,’ sinister is ‘left-handed,’ and hysteria means ‘from the womb.’ If you’d like you can go find out how these oddities happened, if you’re not already doing that of course.

Comments on Etymology: The History of Words

Why Expats Can’t Get By With Only English Read more
See more articles about Arabic, Greek, Observations