Argentina is home to Eva Perón, tango dancing, and some of the best steak you’ll ever taste. But aside from its beef and its politics, Argentina is also exceptional for its dialect, which is spoken by over 40 million people. Indeed, if you’ve watched an Argentine movie, you may have noticed that Argentine Spanish can almost seem like a totally different language. Especially compared to the dialects of Spain and Mexico, Argentine Spanish — with its strange verb conjugations, its phonetic oddities, and its unique class of vocabulary — is distinct in almost every domain. Still, with a few simple explanations, you’ll find that there’s method behind the madness: after learning a few simple rules, you’ll be speaking Argentine Spanish just like a true porteño.

For learners, one of the most striking features about Argentine Spanish is that it doesn’t use the familiar second-person pronoun tú. Instead, it uses the pronoun vos, which means the same thing (¡Ojo! This has nothing to do with vosotros, which is used in Spain but not in Argentina).

So, Argentine Spanish uses vos instead of tú — but it doesn’t stop there. Indeed, not only is the pronoun different, but its corresponding conjugations are different, too. While memorizing an additional set of conjugations is probably the last thing that a Spanish language learner wants to do, don’t worry: the rules are simple, and can be summed up in three easy steps.

Step 1: Remove the “r” from the infinitive. Venir (to be) becomes veni.

There are only two exceptions to this rule. First, the conjugation for ser (to be) is sos. And second, the “vos” form of haber does not conjugate as “habés”, but rather has.  Now, let’s check out some examples (remember that including the pronoun is optional in Spanish):

You are a good friend: Vos sos un buen amigo.

Do you have some change?: ¿Tenés una moneda?

One of the most common complaints of English speakers who are learning Spanish is that the commands are too complicated. Indeed, memorizing the various rules and exceptions associated with tú commands is tiring, to say the least. Luckily, vos commands are much simpler. Just two easy steps:

Step 1: Remove the “r” from the infinitive. Comer (to have) becomes come.

Therefore, instead of Vente acá (“Come here”), it’s Venite acá; rather than Ten cuidado (“Be careful”), it’s Tené cuidado. Unlike tú commands, which are littered with exceptions, vos commands are blissfully exception-free.

¿Hablás español? Find out your level with our free online Spanish test! 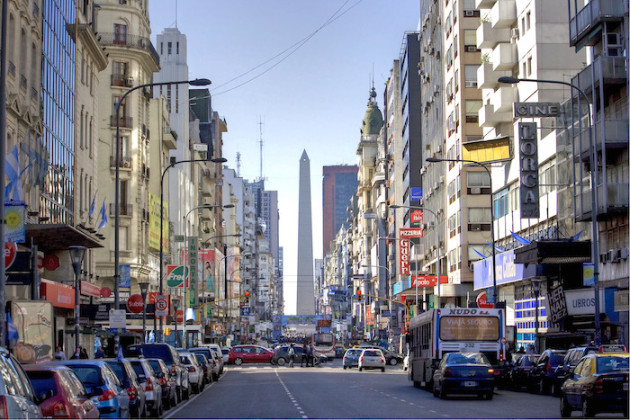 Note, however, that this rule applies only when the y or ll comes at the beginning or middle of the word. Words ending in y are pronounced the same as they are in other Spanish dialects, so soy sounds the same whether you are in Argentina, Mexico, or Spain.

Argentine Spanish, like all Spanish dialects, is mutually intelligible with any other dialect of Spanish; that is, a speaker from Argentina will still be understood by a Spanish speaker in any other country without too many problems. Still, there are several differences in vocabulary that are unique to the dialect. Here’s a list of some common words that are said differently in Argentine Spanish:

corn: choclo (maíz in other dialects)

car: auto (coche or carro in other dialects)

avocado: palta (aguacate in other dialects)

pineapple: ananá (piña in other dialects)

tee-shirt: remera (camiseta or playera in other dialects)

bean: poroto (frijol or judía in other dialects)

This is only a short selection of numerous differences in vocabulary. Fortunately, native speakers will be familiar with these words in other dialects, as well, so your local grocer will understand that you seek avocadoes even if you slip up and say aguacate instead of palta.

Argentina is also the birthplace of lunfardo, a distinctly Argentine class of slang that originated in lower-class neighborhoods in Buenos Aires in the late 19th and early 20th centuries. There are hundreds of words in lunfardo, many of which are used commonly in casual conversations. Here’s a selection of a few popular ones:

pibe/piba: a guy or gal

You’ll undoubtedly encounter more lunfardo in Argentine music (especially tango music), so check out our Argentine song reviews to learn new slang terms. If you’re a of a bookworm than a music lover, you can pick up a copy of some Argentine literature and practice your Spanish that way.

Indeed, the Argentine dialect is unique among Spanish dialects, but with a little practice, it’s quite easy to get accustomed to. Now that you’ve mastered the basics of Argentine Spanish, put on some tango music and pour yourself a glass of Malbec — you deserve it! And if you’d like more in-depth, personalized instruction about Argentine Spanish — or any other Spanish dialect, for that matter — send us a quick inquiry today. We have teachers who speak all dialects of Spanish, who are qualified and prepared to help you meet your Spanish language-learning goals, whatever they might be.