Universal Expressions: Can Your Face Say What Your Words Can’t?

Expressions often speak louder than words. If you’re someone who wears their heart on their sleeve, it’s probably your expressions that give away how you feel most of the time, not your words. Indeed, expressions are an experiment in authenticity. It’s easy to say something convincing, but if your expression doesn’t match up people will see right through your words and realise how you really feel. As human beings, we all experience universal emotions such as joy, sadness, and disgust, but is the way we express these emotions also uniform across the globe? Take a look to find out.

For decades, scientists widely believed that certain basic human emotions were universally recognisable. This theory implied that regardless of culture and cultural context, any one of us would be able to recognize key emotions like joy, anger, disgust, and sadness in another person’s facial expression. However, recent studies done in the last five years have revealed just the opposite: that recognizing the correct emotions isn’t a universal trait at all.

In the study, scientists had two groups of participants. One was a group of 68 Americans and the other was a group of 54 individuals from villages in Namibia. Each group was further divided into two with one being the ‘anchored’ sorting group and the other the “free” sorting group. The “anchored” sorting groups were shown 36 photos of 6 people displaying different facial expressions and asked to sort the photos according to 6 ‘universal’ emotional expression categories: anger, fear, happiness, sadness, disgust, and neutral. The ‘free’ sorting groups, on the other hand, were asked to sort the images into piles where each face exhibiting the same emotion shared a pile. 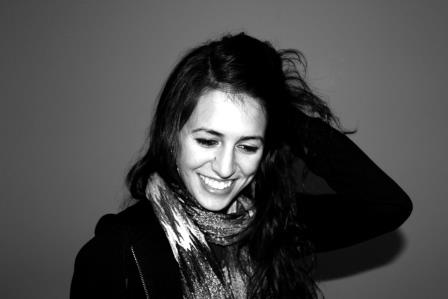 The results of the anchored groups were as expected: most individuals were able to correctly sort the expressions to match the categories. It was the free groups results that revealed universal recognition of emotions is actually more fiction than fact. The free groups were all over the place when it came to sorting facial expressions. While the Americans were more likely to label expressions as “happy,” “sad,” and even use words such as “surprised,” and “concerned,” those from Namibia tended towards labelling the photos with physical actions such as laughing or looking away.

Scientists realized that by giving the anchored sorting groups a set of 6 words with which to describe the images they were actually pre-categorizing them and limiting the way the individuals could react to the expressions. Everyone reacts differently to sadness, anger, and happiness and no two people are exactly alike in the way they express these. So does that mean that there is no such thing as a universal expression? Perhaps, but researchers have managed to pinpoint the one expression that is the most universal and the results may surprise you.

Care to take a guess? Do you think its happiness? Or maybe anger? Nope. The most universally recognisable expression is called the “not face.” The “not face” is characterised by a furrowed brow, pressed lips, and raised chin. You’ve done it, I’ve done it, we’ve all done it. It’s the face we make when we don’t agree with something. Studies show that we make the “not face” at the same rate as we speak or sign our negative agreement. Interestingly enough, this expression is identical across speakers of English, Spanish, Mandarin, and even ASL (American Sign Language)! In fact, ASL speakers are more likely to make the “not face” in place of signing the word “not.” This particular expression has been so compounded into our language that it has become one of the few expressions that is easily recognisable and most used by varied cultures around the world.

Even though universal expressions are largely a myth, if you spend enough time in one place you are more likely to recognise the expressions prevalent in that culture (and probably start using them yourself). While you can pinpoint the emotion behind an expression quickly in your home country, doing it in a foreign one may be more of a challenge. But as you immerse yourself more and more into a new culture, these expressions will become a more familiar part of the way you see others and how you express yourself. That’s the beauty of living abroad isn’t it? You get to learn to express yourself in new ways and see the world through a different lens! Which expressions do you think are universal no matter what? Share your thoughts with us!