Why Your Foreign Accent Is So Terrible (It’s Your Brain’s Fault, Not Yours) 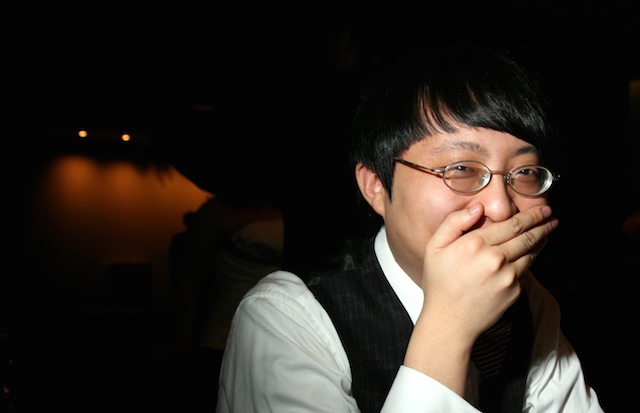 Sorry for the insult — your foreign accent might be just fine, for all I know. But if you learned a second language in adulthood, you probably have one. Here’s why.

Say “pit” and “spit” once more, but this time, put your hand a couple centimeters in front of your mouth.

The reason: the “P” in “pit” and “spit” are actually different sounds. “Pit” has an aspirated “P” sound, meaning that you exhale slightly when producing the letter.  Conversely, the “P” in “spit” is unaspirated, meaning that no such exhalation occurs.

Why, then do they sound the same to our English-speaking ears? In English, aspirated and unaspirated “P” sounds are allophones — a term in linguistics that refers to sounds that are technically different, but sound the same to us.

Here’s where it gets really crazy, though. In other languages, such as Hindustani (spoken in India and Pakistan), aspirated and unaspirated “P” aren’t allophones. In other words, to a Hindustani speaker, the “P” in “pit” and the “P” in “spit” sound entirely different.

How can this be?! Do Hindustani speakers simply have much more fine-tuned ears than English speakers?!

Not quite. The answer has to do with how our brain organizes speech sounds when we’re babies. In fact, it’s directly related to a broader topic beyond pits and spitting — it explains why we have accents when we speak foreign languages.

When you’re a baby, your brain is working constantly; you’ve completed complex linguistic algorithms and statistical analyses before you’re potty trained. Specifically, as far as your accent is concerned, there are two processes that are of particular relevance here: synaptic pruning and categorical perception. We’ll discuss each of these in turn.

Babies have the unique (and enviable) ability to learn any language at all, without even really trying. This means that all babies are equally capable of learning English as they are Hindustani — or even both, if the circumstances allow it.

Being able to learn any language means being able to physically produce the sounds of any language. Indeed, any baby can learn even the most notoriously challenging language sounds, such as the guttural “H” in Hebrew, the rolled “R” in Spanish, and the tricky “TH” in English.

But as a baby absorbs the speech of their caregivers, they pay attention only to the sounds that their caregivers are using. This is quite logical –—if the people around them don’t roll their “R”s, why would you occupy valuable brain space with a sound that nobody uses? Eventually, as the baby grows up and becomes increasingly aware of their caregivers’ speech, they lose the ability to produce these sounds.

This process is called synaptic pruning. Here’s how it works (it has nothing to do with prunes): when babies hear a sound — “T”, let’s say — they form connections between their brain cells, referred to as synapses. As the baby grows, her brain preferentially fortifies (i.e., speeds up) synapses that are frequently used, whereas the synapses that aren’t use wither, or prune, away.

Therefore, an English-speaking baby will have a very efficient neural pathway when she hears a “T” sound — which is very commonly used in her language — but the neural pathway for producing a rolled “R” will disappear. Because of this, it’s hard for her to learn sounds that aren’t part of the English language’s inventory, and she’s likely to have a noticeable English accent if she learns a second language in adulthood.

Okay, so we’ve learned why it’s hard for us English speakers to roll our “R”s. But we can easily differentiate a rolled “R” from a non-rolled one (in linguistics, this is referred to as a rhotic “R”). But that doesn’t solve our original pit/spit dilemma. So, what gives?

Indeed, this is an additional component that causes us to have accents when we speak a foreign language: what happens when we can’t even perceive a difference between two sounds that a language has?

To answer this, let’s revisit the scenario with our English-speaking baby.

As we’ve learned, the English language contains both aspirated and unaspirated versions of the letter “P”. However, this difference in sound never translates to a difference in meaning: simply, “P” is always aspirated, unless it comes after the letter “S”, in which case it’s not aspirated (try it yourself with words like “pan”, “happy”, and “wingspan”).

In other words, in English, the difference between aspirated and unaspirated “P” never actually changes the meaning of the word, and is simply based on whether or not it comes after an “S”.

This subtle distinction is not lost on our infant brains. Indeed, an average 1-year-old English-speaking baby astutely observes this difference, implicitly learning that the difference between aspirated and unaspirated “P” is not meaningful, and thus — like a rolled “R” — is not worth occupying valuable brain space.

Instead, we group aspirated and unaspirated “P” together, saving room for more important sound distinctions. This act of grouping together is called categorical perception (that’s the last linguistics term in this article; I promise).

This means that English speakers treat aspirated “P”, unaspirated “P”, and a bunch of other sounds that are vaguely “P”-like as the exact same sound; they lose the ability to hear any difference between them.

The benefits of categorical perception are obvious: nobody’s speech 100% accurate all the time, so if we hear a “P” that’s pronounced slightly off, we understand that it’s part of the general “P” category, and we can easily follow most people’s speech stream, despite its inaccuracies. But it also means that we stop hearing the difference between aspirated and unaspirated “P”, which would make it quite a challenge to correctly speak Hindustani.

Bringing it all together: “B” and “V” in Spanish

Incidentally, the Spanish language serves as a perfect case study for how categorical perception can result in giving you a bit of an accent when learning a foreign language (in this case, English).

The sounds “B” and “V” are, physically, quite similar, the main difference being in the position of the lips and teeth. When you say “B”, your lips are together; when you say “V”, your teeth slightly bite your bottom lip (again, I invite you to try for yourself).

Spanish does come close to the English “V” sound, however, when there’s a “B” or a “V” in between two vowels, like in the word lobo (wolf). However, the “B” in lobo and the “B” in other words like beso are allophones — they don’t result in any difference in meaning.

Therefore, due to categorical perception, Spanish speakers lose the ability to distinguish between the “B” and “V” sounds, instead treating both of them as the exact same “B” sound. This is why Spanish speakers often struggle with the difference between “B” and “V” in English.

Indeed, these neural processes are necessary in order to maximize efficiency in learning your native tongue, but they come at a price later in life when you struggle to learn a second (or third) language.

But don’t worry, and certainly don’t be ashamed of your accent — after all, it means that you know another language.

Is It Brave or Embarrassing to Speak a Language You’re Not Fluent In? Read more
See more articles about Observations