It’s About the People: How to Remember Vocabulary by the Company You Keep

Learning a new language can feel overwhelming. Every time you go to start a lexicon of new vocabulary it can feel like a mountain of mundane words to memorise. Every time you do a reading or listening that you don’t understand in its entirety, it can feel like you’re behind on grammar. And when we’re overwhelmed by the mechanics of a new language, we often forget why we started learning in the first place: to communicate with real people. People are what make those mundane words come to life.

Language is about making yourself understood while understanding another. So as you begin getting out and speaking your target language, you’ll remember the people you spoke with and what you spoke about. These interactions become stories you tell yourself and your friends and family.

And the more you converse with people in your target language, you’ll be exposed to more of it in a more natural way.

Here’s how you can keep track of all those new words and structures you come across as you’re interacting with people in your target language.

Maybe you’re just starting out or brushing up on learning your target language. Maybe you don’t have the confidence to speak just yet. I think it’s always a good idea to start speaking as soon as you can as often as you can to get you practising and to build confidence.

Not quite ready to speak? Check out our free placement test to see your current level and what you can improve to gain more confidence!

Even if you don’t live in a country where your target language is spoken, there are still plenty of ways you can find people to talk to. Find a language partner on sites like italki.com. You might even be able to find one locally on MeetUp.com or you can advertise for one on a sign you post around town. You could get on a dating app! Also, some community libraries also offer language learning groups or conversation circles. Join them.

And travel. It doesn’t have to be an epic overseas adventure. Simply go to a new neighborhood in your city or area where they speak your target language and talk to the people there. You’d be surprised how people open up when you speak their language.

With that said, it’s not all about you. As in any conversation, but especially while you’re learning a language, you need to listen.

If you’re the one initiating the conversation, pay attention to how they answer you. Did they answer “How are you?” with more than just “Fine”? What did they say?

Other questions to consider while listening are:

The answers to these questions will help you find new vocabulary that speakers of your target language are using naturally, and not what you might find in a textbook.

For example, when I first moved to Spain, among the first words I would always hear the people I lived among were filler words like “Vale,” “Bueno,” “Pues…..” These words were the first words I integrated into my spoken Spanish because I heard them so often.

If you don’t know what a word or phrase means when you hear it, ask. Even if the person you’re speaking with isn’t a teacher, I’ve found they try their best to explain the word, or at the very least give more examples of other contexts they would use it in.

When you ask questions, people can surprise you. You might be talking to a closet history buff that can give you a background on the word. It never hurts to ask questions. Asking questions also shows your curiosity and eagerness to learn more.

Whether you use flashcards, a notebook, or an app, the idea behind this technique is to remember the story and the person you shared the story with. Dr. Paul Zak, a neuroscientist who has studied storytelling and how it affects the brain, learned that when humans are told a story, our brains engage with the content more.

In my mind, everyone has a story, and we create mini-stories as we go throughout our day. So when I’m conversing with someone in a language I’m learning, and want to remember the word, I create a story around it.

Here’s what I take note of when I hear a new word or phrase in natural conversation:

I learned the phrase “Gin kao mai?” when I was living in Thailand in this way. I kept a notebook for my Thai language learning, so my notes looked like this:

I never forgot “Gin kao mai” after that, and often tried to beat P’Nook to the punch and ask her first, using what she taught me.

Which brings me to my next point: once you’ve got both the mechanics and the context of the word or phrase, now you can try to use it. While some linguists argue about the number of times you need to be exposed to a word to learn it (whether in your first language or a foreign language), there are still other studies that have shown that the more frequently a language learner is exposed to the target language, the more likely that language will be acquired. 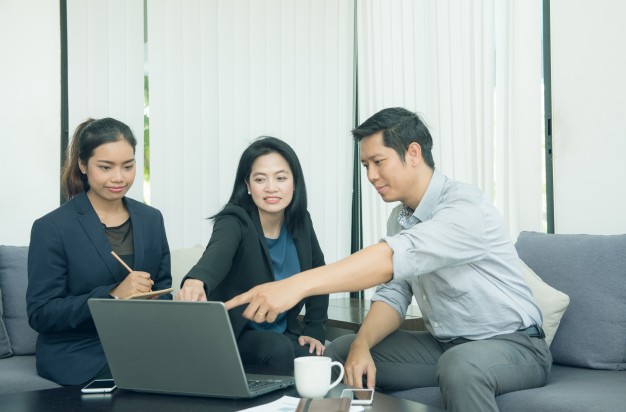 I think you need to start using it to really remember it and “acquire” the word or phrase.

So, use the word or phrase you’re focusing on in the context that you originally heard it. Then, as you get more comfortable with using it and start to hear it more, try it in a different setting. Before you know it, you’ll integrate the phrase into your vernacular in no time.

Using the stories of the people you come across in your target language will help you sound more natural and less like you’re studying. It can also help you deepen the connections you have with the people who speak the language you want to speak, which, in the end, is what learning it is all about.

What are some stories that you remember where you learned a new word or phrase? Have you learned an expressive from a particular friend with a big personality? Feel free to share them in the comments below!