Some of the first sounds we learn to make as infants are animal sounds. We teach our tiny tots to say ‘bow-wow’ for dog, ‘oink-oink’ for pig, and ‘meow’ for cat. In fact, there’s an entire children’s song that revolves around using animal sounds (ever heard of ‘Old McDonald’?)! However, animal noises, or the way we humans make them, aren’t universal. Depending on the language, country, and culture, animal sounds can differ quite a bit. Ever wonder why cats say ‘nyan-nyan’ in Japanese? Let’s take a look at animal sounds from around the world and find out!

While there are differences in how we vocalise animal noises depending on language, more often than not there are similarities across the board, regardless of region or tongue. A great example is cow noises from around the world. In every culture, a cow makes a noise that starts with the letter ‘m’, with the exception of Urdu where cows make a ‘baeh’ sound. The same goes for cats. In every language where there is a record of human vocalisation of this particular animal, the sound starts with ‘m’ – the only exception being Japanese (nyan-nyan). So, there may be differences between these sounds in varied languages, but the similarities are even more prominent!

As you can probably imagine, having a sound for a particular animal can depend on a lot of cultural factors. If an animal isn’t native to a particular country, the sound is more likely to mirror that used in countries where the type of animal would be more common. Consider this: what sound does a camel make? If you’re from the UK or the US, where camels aren’t native nor have they been introduced, you probably don’t have a vocalisation for the sound a camel makes (or at least not one you’re familiar with). On the other hand, camels have been introduced to Australia where the common vocalisation is ‘grumph’. Another interesting example is dogs. The US has the most dog ownership per capita and as a result the most varied list of dog sounds. We can use ‘woof’, ‘ruff’, ‘bow-wow’ and so on. Cultural impact plays a huge part in the sounds we make and, in some cases, whether we have a vocalisation for a particular animal at all! 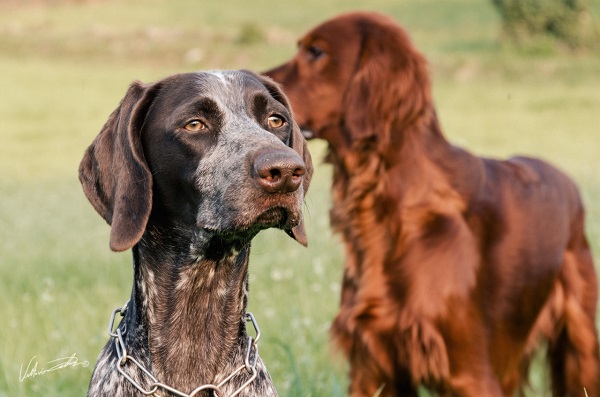 Can I get a Bow-Wow?

There are some onomatopoeic sounds which have been around for ages and, some scientists believe, could explain the origins of our spoken language itself! The Bow-Wow Theory introduces the idea that our ancestors first started speaking by imitating the natural sounds around them. Eventually, this evolved into spoken words and more advanced forms of communication, but it’s interesting to think that we speak English today because some far off forefather began imitating a bird by vocalising ‘chirp-chirp’, isn’t it? There is another school of thought that finds this theory impossible. Why? Because while we say ‘woof’ for dog in the US, in China it’s ‘wang’, and in Brazil it’s ‘au-au’. So, though there are many parallels which point to similar origins, there are huge differences in other cases which make experts question the Bow-Wow Theory as a whole. I like to think that people pick up sounds differently and it’s just a huge coincidence that China and the US differ so much in some of their animal vocalisations! 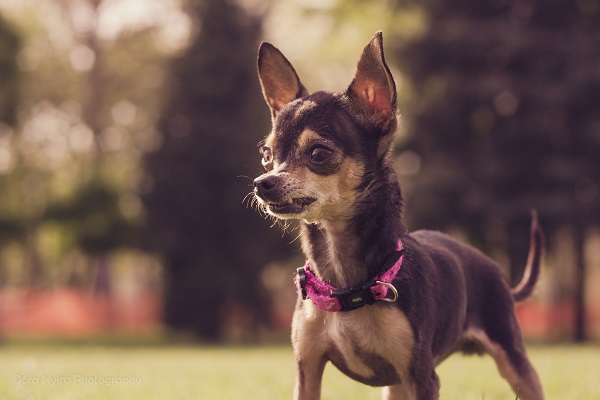 Is their symbolism in ‘moo’?

Sometimes it’s not about the actual sound, but the symbolism behind the vocalisation, as a study from Karlstads University in Sweden recently revealed. This research showed that in some cases (although not all), animal noises seem to move away from a phonetic imitation of the animal and towards a more symbolic vocalisation. The theory argues that for smaller, lighter animals we tend to use vowels from the beginning of the alphabet in order to symbolise a higher tone, such as ‘tweet’ for birds in English, and ‘pip-pip’ in Swedish and Danish. For larger, bulkier animals we utilise vowels that come later in the alphabet in order to symbolise lower tones. For example, a large dog would ‘woof’ in English, while a small one would ‘yap’. Perhaps there’s more symbolism to how we copy animal noises than we previously thought!

Do you make different sounds for different animals depending on the language you’re speaking? Share some of the different vocalisations you’re familiar with!

Comments on Why Animals Make Different Sounds in Different Languages