If you’ve ever seen the opening shot for the 007 film Spectre, you know that Day of the Dead (or Día de los Muertos) can be a huge deal in Mexico. And, while some scenes from the film may be slightly over-exaggerated, the holiday is indeed an important part of Mexican and Latin American culture. Some people look at Día de los Muertos as simply a Latin American sort of Halloween, but there’s really so much more to the holiday than that! Are you intrigued by the macabre flavour Dia de los Muertos is famous for? Then read on for a beginner’s guide to the festival, so you can celebrate with real flair.

What is the history?

Día de los Muertos traditions go back thousands of years and are believed to be tied to a two-month celebration of the fall harvest carried out by the Aztec civilisation. During these celebrations, Aztec also honoured the goddess of death and celebrated their dead. Mictlán, the Aztec name for the underworld, wasn’t considered a place of grief and despair, but rather a part of the underworld where the souls of the dead resided in peace. Following the invasion of the Spanish conquistadors (and Christianity) in the 1600s, the original festival underwent a series of large changes and eventually synergised with the new religion to form a unique celebration. The conquistadors originally tried to shorten and repackage Día de los Muertos as All Saints Day on November 1st, but many traditions were simply too ingrained and instead it became a hybrid holiday of ancient traditions from the fall harvest festival and new ones brought by the Spanish.

Learning Spanish? Take a free Spanish placement tests to see how your level measures up!

What does it celebrate?

Many people believe that Día de los Muertos, which falls on November 1st and 2nd, right after Halloween, is a type of grim celebration that praises death. However, this couldn’t be furthest from the truth! While death is the central theme around which the holiday revolves, it’s meant to be a positive approach to the idea. Día de los Muertos is based on the belief that those who have passed on would be insulted by sadness and mourning, so instead the living are meant to rejoice in the lives the dead did lead. In Latin American culture, and especially in Mexico, death is seen as an integral and natural part of life – and something which is meant to be celebrated, not mourned. 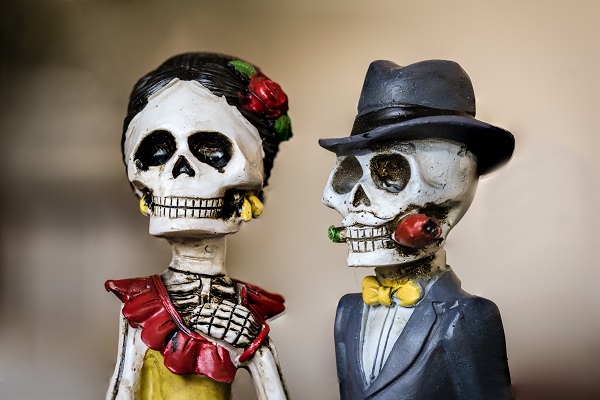 How do people celebrate?

Día de los Muertos celebrations usually involve cleaning the gravestones or tombstones of your loved ones who have passed away and placing flowers and sweet bread on the graves. In some homes people set up altars to the dead and adorn them with flowers, candles, photographs, food, sweets, and other gifts—all of which are meant to lure their spirits to return for a visit.

Día de los Muertos is also an opportunity for people to talk about their cherished loved ones and recall memories of those who have passed. Stories are told to youngsters, and families and friends gather for parties in order to appreciate the lives of those around them that are living, as well as those who have died.

What do people wear?

While Halloween may be the perfect time to dress up as your favourite superhero or quirky book character, Día de los Muertos is all about old traditions. In some parts of Mexico individuals dress in traditional Mexican clothes to celebrate Día de los Muertos. This can include donning Mexican dresses and rebozos. One of the most recognisable traditional iconography from the inception of Día de los Muertos is the famous skull, and these days you can find plenty of Day of the Dead style fashion featuring exactly this. Whether you want skulls on your nails, or on your dress, it’s easy to find something trendy and appropriate for this fascinating celebration. 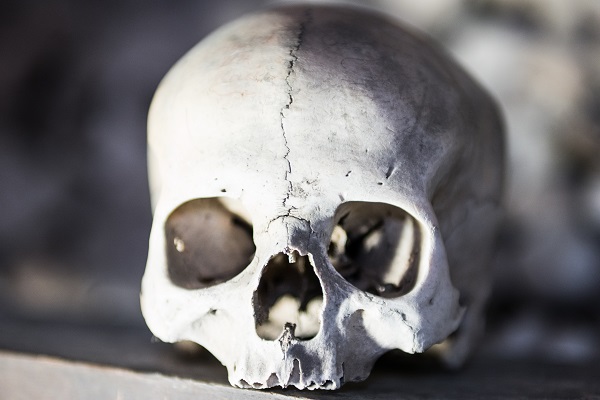 Where should you celebrate?

While Día de los Muertos is a big deal in most of Latin America, Mexico is the place where the celebrations are the most vibrant and over-the-top. Mexico City and Oaxaca are famous for their Día de los Muertos festivals, but if you’re looking for something a little more off the beaten track, head to the smaller towns of Janitzio or Mixquic, where you can witness the illumination of graveyards with thousands of candles, or experience an overnight vigil in a local graveyard.

Do you celebrate Día de los Muertos? What are some of your favourite traditions?