Is It Brave or Embarrassing to Speak a Language You’re Not Fluent In?

While in India late last month Lei Jun, founder of China’s famous Xiaomi (commonly referred to as “China’s Apple”), dared to deliver a short speech in English and the internet went berserk. His brave attempt at trying to make a connection with Indian Xiaomi fans in a language they could understand received mixed reviews. Some people said Lei’s English was so bad he shouldn’t have even bothered trying to speak while others applauded his effort.

This wouldn’t be the first time language prejudice has produced scathing commentary. Most remember last year’s Mark Zuckerberg incident where the Facebook founder carried out an interview entirely in Mandarin. However, just as Lei faced criticism for his less than perfect English, Zuckerberg was also mocked for reportedly speaking like a “7-year-old with a mouth full of marbles.” So, if the big guys can’t get away with speaking a language unless fluent, what about the rest of us? Is it brave or is it embarrassing to speak in a language you’re not fluent in?

“Have no fear of perfection – you’ll never reach it.” ― Salvador Dalí

When it comes to learning a language, most teachers will agree that unless students start trying to speak from day one, they may never garner the confidence and skill to eventually carry out a conversation in that language. However, speaking in the classroom is one thing, and attempting to use what you’ve learned outside the classroom is another. We’ve all had those cringe-worthy moments where we enthusiastically attempt to use our language skills abroad only to discover that no one seems to understand what we’re saying. But, at the same time, if you refuse to use your language skills outside the classroom until they are ‘ready’ or ‘perfect’, that day will never come. Sure you may have more than a few embarrassing experiences, but testing your language skills in the real world will provide you with invaluable information about your level, what you need to focus on, and how effective your language classes are. 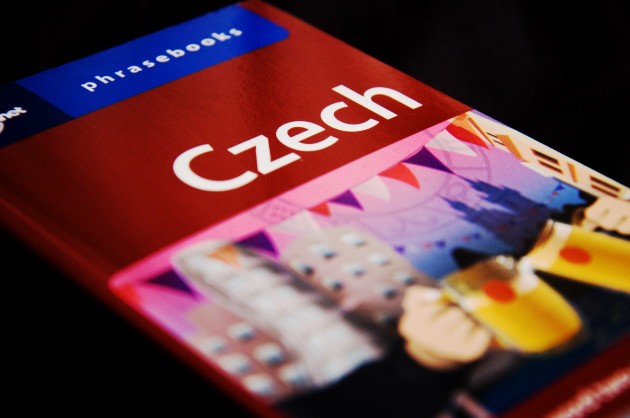 Master Yoda’s most famous quote may have worked for a young Jedi-in-training like Luke Skywalker, but can you apply it learning a language too? Of course! You’re probably wondering though if there is a more effective method for ‘doing’ when it comes to foreign languages so that you skip past the ‘trying’ part. Unfortunately, there is no exact science to learning a new language. Each individual is different, has different needs, and sometimes even genetics can have an effect on how successful you are at learning certain languages. The key is to test out various methods before settling on one in order to ensure that you are maximizing your learning. Some language students swear by the ‘speak on the first day’ method, while others aim for complete immersion, and still others believe that garnering 800 hours of listening before trying to speak is the best way to go. The important thing is to get out there and do it instead of waiting around for the perfect opportunity or science-approved language course to present itself!

It would be fine and dandy for language learners everywhere if a magic antidote existed which would prevent us from feeling embarrassed or help us to feel brave when trying to speak a new language. Of course, there isn’t, but that doesn’t mean hard work can’t make up for that! As long as you make sure you have the right foundation, seek out the best language classes you can find, and supplement your learning with movies, music, and other online implements, you will have the tools at hand to be able to speak confidently – whether in the classroom or out in the real world!

Comments on Is It Brave or Embarrassing to Speak a Language You’re Not Fluent In?