Russia is a fascinating nation with a complex and rich history. It’s the largest country in the world by area and is also home to the world’s longest railway and the biggest McDonald’s on the globe!

Perhaps due to its often tenuous relationship with the West, Russia is still one of the most mysterious and exotic nations in the world. Despite being a global powerhouse when it comes to business and commerce, less than ten percent of this country’s citizens are proficient in English, which means you’ll want to learn Russian if you’re planning to travel there for business or pleasure.

It’s a little-known fact that Russia has created some pretty amazing films, and since watching movies is a great way to practise your language skills you’ll be sure to want to check out these six film favourites! 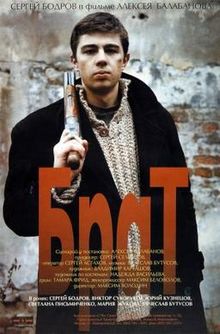 Brother is often touted as a film that parallels the typical American gangster movies, but with a completely Russian flavour.

This movie is a surprisingly real and raw look at the state of the country following the fall of the U.S.S.R and the rise of underground crime, which would eventually consume almost all of Russia.

Brother will take you into the St. Petersburgh underworld and leave you with a completely different perspective of the nation’s journey from being the U.S.S.R to the Russia we know today.

Based loosely on the novel The Night Watch by popular Russian author Sergei Lukyanenko, this film is a fantasy thriller set in modern Moscow. What I love about this movie is the way it explores the boundaries between light and dark, between what we see and what we can’t see. Vampires and other netherworld beings come alive in Night Watch and the great CGI visuals will keep you glued to your seat all the way to the end! 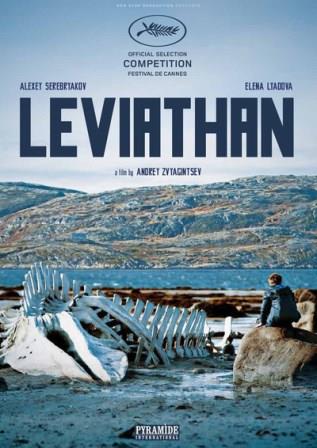 If you haven’t seen it yet, you need to because there’s a reason why there’s so much hoopla surrounding this movie. Beautiful visuals and a poignant storyline make for an amazing cinematic experience you won’t want to miss out on.

Try our free Russian placement test to see how your level measures up!

Some people might find it hard to watch Hard to Be a God due to the sheer density and bizarrely brutal nature of the film.

Don’t be fooled by the black and white ancient setting, this is actually a sci-fi film depicting a medieval nation on another planet. Hard to Be a God was thirty years in the making and there are few films out there that measure up to the unique storytelling style of this movie.

On the one hand, you have a science-fiction tale, on the other a philosophical dilemma that forces the viewer to ask themselves what they would do if they were in God’s place.

They say that younger generations are tending to move away from religion these days, but The Student tells a tale of a young man headed in the opposite direction. The film is about a high-school student who becomes obsessed with Christianity and tries to persuade those around him of the existence of God.

It’s a heart-wrenching story that shows how extreme devotion to any cause can often cause you to alienate rather than embrace those around you. The film is also beautifully shot and has a score that will bring tears to your eyes.

If you’re into psychological thrillers, The Return will leave you feeling both fascinated and unsettled. This movie is set in the remote Russian wilderness where two young boys embark on a journey to find their father – a man they only know from a single photograph.

It shows the struggles of two brothers trying to come to terms with who their father really is, and what his return after an absence of twelve years means. The movie is replete with symbolism and really strikes a chord when portraying a young child’s desire to earn his father’s love.

What are some of your Russian film favourites? Share a few with us in the comments section below!