Do You Speak Australian English? 10 Words Added to the Australian Dictionary in 2016

English may be one of the most widely spoken languages, but the way it’s used and the form the language takes can vary depending on what part of the world you’re in. In some ways, British, American, and Australian English can differ from each other in very clear ways and it’s always fascinating to see how certain vocabularies can develop according to the type of English you’re speaking.

Definition: A head-on charge intended to bump an opponent to the ground.

Example: No one said it better than former PM Tony Abbott when he vowed to ‘shirt-front’ Russia’s Vladimir Putin. Remember folks, ‘shirt-front’ is best used when you’re trying to threaten someone (like dearest Tony was).

Definition: An unsophisticated person. Someone of low social status.

Example: ‘Bogan’ has been a part of the Australian lexicon for so long that most people are puzzled as to why it’s barely making its way into the official dictionary. Calling someone a ‘bogan’ should be a time honored Australian tradition by now.

Example: We probably don’t need to think too hard about how or why the term ‘budgie smuggler’ is reserved for men’s speedos. Just try not to crack up too much when asking your boyfriend why he’s buying a pair of ‘budgie smugglers’.

Definition: Someone who is considered a friend or a mate.

Example: One great thing about the latest edition of the Australian Dictionary is that many Aborigines words have been added as part of the Australian vocabulary. ‘Bunge’ or ‘bunji’ is one such word which can be used to replace the standard Australian ‘mate’. 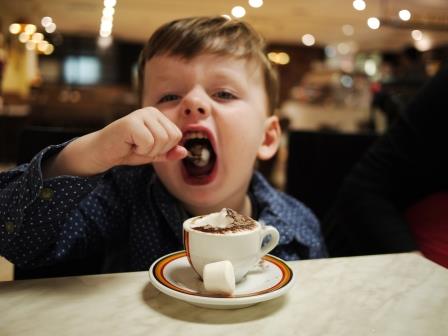 Expample: ‘Babyccino’ is apparently the Australian way of making sure children can partake in the nation’s coffee craze. There you go, next time you visit Australia you can have a coffee date with your three-year-old without feeling guilty.

Definition: To behave in a silly or stupid way.

Example: This phrase is pure language gold and I plan on using it extensively in the future. Now, instead of saying ‘You’re being an idiot’ just say ‘You’re carrying on like a pork chop.’ So. Much. Better.

Definition: A person who manifests little or no religious faith.

Example: I bet for a second there you thought there was no way ‘bush baptist’ could actually have anything to do with religion, right? Still not clear on what the ‘bush’ has to do with being (or not being) a ‘Baptist’, but hey, it’s Australia, mate. 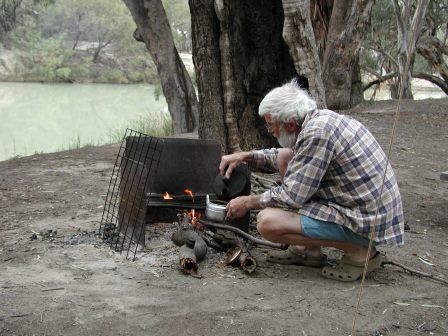 Definition: A retired person who travels extensively within their own country, usually in a motor home or camper.

Example: Life goals should definitely include being a ‘grey nomad’ when you’re older and retired. What could be better than travelling around in your camper (or, as the Australians say, caravan). I’m guessing ‘grey nomad’ is similar to the way Americans call retired people headed south ‘winter birds’.

Definition: A term derived from Aboriginal culture and is an alternative term for Australia Day.

Example: While for some Australia Day is a time for celebrating national pride, for Aboriginal people it represents a torrid part of their history. ‘Invasion Day’ is a better representation of the loss of sovereign rights to their land, loss of culture, and loss of family that the Aborigines experienced when those first British convict ships arrived on Australian soil.

Definition: To become the unlikely winner of a contest or competition.

Example: In the 2002 Winter Olympics Australian speed-skater Steven Bradbury placed in the semi-finals when another skater was disqualified. And so the term ‘do a Bradbury’ was born and Australian sports have never been the same.

Comments on Do You Speak Australian English? 10 Words Added to the Australian Dictionary in 2016