Emoji Have Gone Religious: The New Emoji Bible is Here!

Emoji have garnered something of a dubious reputation amongst those who are sticklers for ‘proper’ language use. Whether we love them or hate them, it looks like these little illustrations and icons are here to stay, and are already transforming the way we communicate! You know emoji have really caught on when Democratic presidential candidate Hillary Clinton asks you to use three emoji or less to describe how student debt make you feel, right? And when ‘Face With Tears of Joy’ emoji earns the title as Oxford Dictionary’s 2015 Word of the Year, it’s probably just best to embrace the emoji madness, isn’t it? 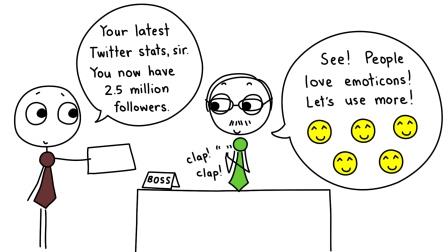 Well, the great thing about emoji madness, it seems, is that you can always take it just a little bit further. The flexibility and entertainment value that these icons hold means that the possibilities for using them are endless! This has proved to be the case as emoji are taking something of a religious (or sacrilegious, depending on how you look at it) turn these days. And it all began with a few little tweets…

About a year ago, a Twitter feed going by the name Bible Emoji began posting scripture from the Bible using emoji. Each tweet contained a Bible verse, or part of a Bible verse and replaced as many words as possible using emoji images. It looked a little bit like this: In the beginning created the ✨ & the . (In case you’re having trouble pinpointing which verse that is, it’s Genesis 1:1 which says: “In the beginning God created the heavens and the earth.”). It’s pretty clever, which is why it’s no surprise that the tweets became so popular a book was created out of them! 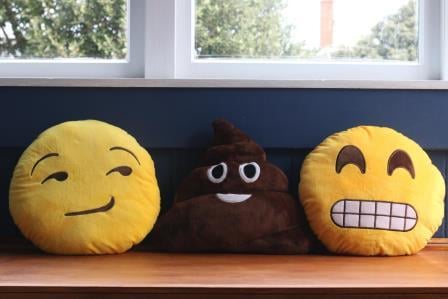 And hence the Emoji Bible was born. Across the book’s 3,000 pages, the epic tales of the Bible are told using smiley faces, fire emoji, and crashing waves, among others (who knows, maybe there’s the popular poop emoji thrown in somewhere for good measure). It’s an entertaining, and ingenious way to tell some of the most widely recognized stories from a work which, even today, is still the most translated book in the world. The Bible has been translated into over 500 languages, so I suppose it was just a matter of time before emoji language became one of them, right?

The reactions to the Emoji Bible have been pretty mixed. It’s no surprise that some people consider it to be offensive and outrageous. As they say, if God had wanted us to fly, he would have given us wings, and if God had wanted the Bible to be written in emoji, well, he probably would have done it himself. As remarkable as it may seem, though, the author of the Emoji Bible (who prefers to remain anonymous) claims that rewriting the Christian scripture using emoji is in no way a joke – it’s just a different manner of interpreting and presenting it. No part of the Bible has been rewritten, but rather the verses have been condensed and emojified. 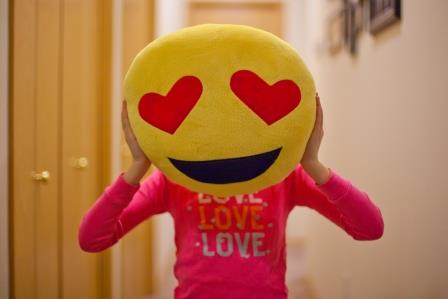 Using emoji to rewrite the Bible definitely has its upside too. Some parents claim that the Emoji Bible makes reading the Bible easier and more fun for kids, especially those with learning disabilities. And let’s face it, future generations are growing up in a world where condensing, shortening, emojifying, and slanging, are normal ways of communicating – especially online – so the Emoji Bible is technically in a language they’ve grown up knowing and understanding. And with recent declines in church attendance and the general nonchalance of many millennials towards religion, perhaps the Emoji Bible can inject new life into an old book. More likely than not, though, it’ll just give people few good chuckles as they scroll through their Twitter feed.

Part of the fascination with emoji definitely lies with their universality. It is perhaps one of the few languages in the world that can be understood by almost anyone – whether you are from China, Brazil, or the U.S. And, as the Emoji Bible author states, “Emojis have no gender, no race, and no agenda.” Perhaps religions like Christianity could stand to learn a thing or two from emoji!

What do you think? Do you think the Emoji Bible is offensive? Funny? A great way to bring old stories back to life? Share your thoughts in the comments section!