The calendar which we all use today is called the Gregorian calendar, with each year consisting of 365 days, and 1 extra day every 4 years. However, not all cultures celebrate their holidays regarding this calendar, and for some countries, January 1st is just another day. Just as we welcomed 2018, let’s take a prospective look at some cultures who are still preparing to ring in their new year!

The Lunar New Year is commonly celebrated by countries situated in southeast Asia, such as China, Korea, Vietnam, Mongolia and Tibet. It’s the first day of the lunar calendar, which is based on the cycle of the moon, meaning there are only 354 days in a year. This means the Lunar New Year falls on a different Gregorian date every year, but it usually takes place between January and February. 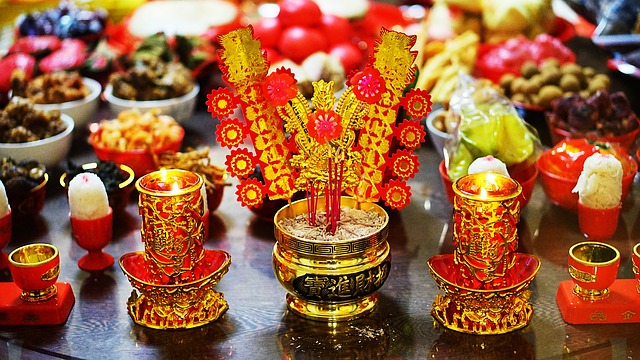 New Year’s Day signifies the coming of Spring, so it can also be referred to as the ‘Spring Festival’. It’s an especially important time to be together with family. Much like the Christmas season in Europe, many people will travel from large cities back home in order to meet together and to enjoy a large feast. Family members pay their respects to their ancestors, and children receive red envelopes containing money from their elders, which is supposed to ward off evil and to bring good luck.

Most cultures that celebrate the Lunar New Year also follow the 12 year Zodiac cycle. 2018 will be the Year of the Dog, symbolising loyalty, independence, intelligence, and good fortune.

Otherwise known as ‘The Day of Silence’, Nyepi is a day of strict self-reflection and quiet, unlike New Year’s Day celebrated in many other cultures. It’s an important day for Hindus in Bali, Indonesia, and any behaviour which might disturb reflection is forbidden. These include: lighting fires, leaving your home, working, any entertainment or pleasure, travelling, and for some, even talking or eating.

Patrolmen, known as pecalang, are the only people allowed on the streets in order to make sure that the prohibitions are being observed. Even non-Hindu residents and tourists are forbidden to wander on the streets, although they are free to do what they like at home. The airport in Bali is closed on that day, and only emergency vehicles are allowed to operate.

However, social activities quickly resume on the following day, known as Ngemback Geni. Families and friends gather together to ask each other for forgiveness and to perform religious rituals to welcome the coming year.

Puthandu is the first day of the Tamil calendar, which is a type of Hindu calendar. These calendars work based on a mixture of the solar cycle as well as the lunar cycle, and adds up to 365 days in a complete year. So unlike festivals based off the lunar calendar, the Puthandu always falls on the same date in the Gregorian Year, April 14th. 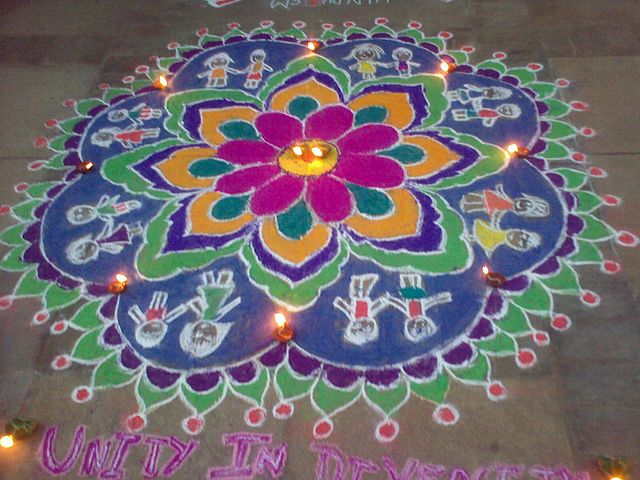 This festival is celebrated in Tamil Nadu, in India, as well as Sri Lanka, and it is also a public holiday. People decorate the entrances of their homes with coloured rice powder, incorporating beautiful geometric designs called kolam. A special dish, called a mangai-pachadi is prepared. It’s a dish of many flavours, including chillies, sour mango, sweet mustard, and bitter neem, as a symbolic reminder for people to embrace the many different experiences of the year to come. 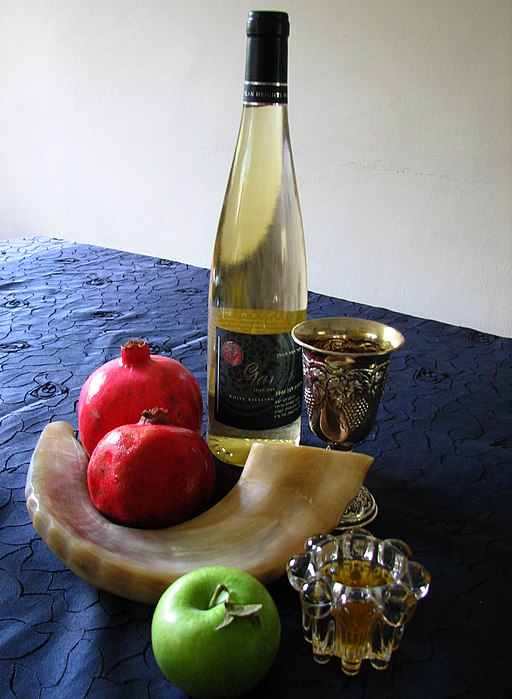 Rosh Hashanah is a two day holiday celebrated by Jews all around the world. It marks the first day of the first month, Tishrei, in the Jewish year, which is the traditional anniversary for God’s creation of Adam and Eve in the Bible, symbolising the beginning of humanity’s role in nature.

Rosh Hashanah is also known as Yom Teruah, which means ‘Day of Shouting/Blasting/Shofar Blowing’. A shofar is a hollowed out ram’s horn, which was an ancient type of musical instrument. As such, common Jewish customs include listening to a shofar performance, and gathering with others in a synagogue for religious service.

People also enjoy different festive foods, all with different symbolic meaning. An apple dipped in honey is said to bring a ‘sweet new year’. Pomegranates are also commonly eaten as a symbol of being fruitful in the next year. Other traditional foods include dates, leeks, spinach, gourds, as well as meats such as lamb and whole fish.

This is the first day of Muharram, the first month of the Islamic calendar, which is celebrated by Muslims all over the world. The year is counted based on this day, and all other religious festivals, fasting and pilgrimage, are based on the lunar calendar after this day.

The start of the New Year marks a month of peace and non-violence according to Islamic practices. It’s the date in which the Prophet Muhammed travelled from Mecca to Medina, on a journey known as the Hijra, to find a place where they could freely practice their religion. For Muslims, it’s a time for family, gratitude, and reflection. People will often go to services to pray, and others will practice fasting in this first month too.

Generally, the Islamic New Year is regarded with less significance in comparison to other Muslim holidays, such as the Eid, so it is a relatively quiet day. However, it is still a public holiday in most Islamic countries, such as the United Arab Emirates and Malaysia.

How do you celebrate New Year in your culture? What kind of plans do you have for the upcoming year? Let us know in the comments below. We look forward to hearing from you!

Comments on New Year Celebrations Still to Come in 2018